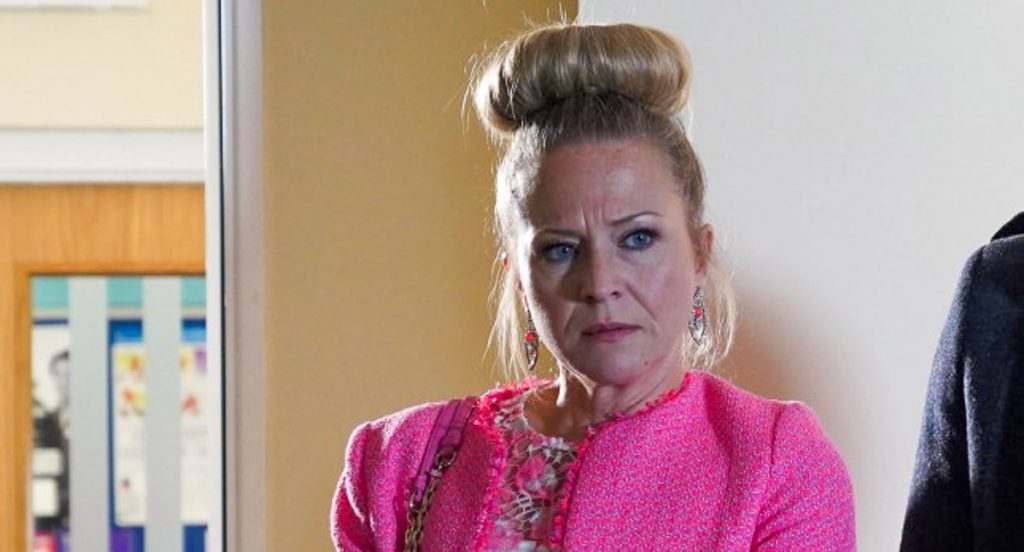 Eastenders spoilers reveal Michael “Mick” Carter (Danny Dyer) will end up feeling completely devastated during the holiday season. While others are feeling festive and basking in the jolly joy of Christmas trees and giving gifts, he has something else on his mind. He discovers that Linda Carter (Kellie Bright) hasn’t been able to live up to her promise. She can’t stay away from the booze and is drinking again.

Due to family and life pressures, Linda has been relying on alcohol to help get her through. It also takes the edge off when life gets a little too much to bear. However, as everyone knows, too much of a good thing can have the opposite effect. This is what ended up happening when she got busted for drinking and driving.

Even though she wasn’t technically driving drunk, she did still have alcohol in her system from the night before. Now, the consequences of her actions keep piling up and it seems like things are going to get worse before they get better.

Eastenders Spoilers: Will Honey Get Help for Eating Disorder? Adam Not Her Only Setback

Eastenders Spoilers: The Struggle Is Real

In fact, while Linda was hugging Mick during a recent episode, she couldn’t take her eyes off of a glass of bubbly. It was like it was calling out to her and she knew right then that the possibility of her failing was very real. However, she was determined to give it her best shot. However, her dependency on alcohol might need professional intervention.

Eastenders spoilers tease that Mick’s joy and relief will turn into devastation. At one point, he will come to the horrifying realization that Linda can’t seem to beat this addiction on her own. He finds out that she is drinking again. This might lead up to his suggestion revealed in previous spoilers after her having a holiday detox. But can she really do it?

It seems clear that this is not going to be an easy process for Linda. Addiction of any kind isn’t easy to kick. Sometimes it takes more than just sheer willpower to beat temptation. Will she have to go to rehab to sober up? Fans are predicting that she will have to hit rock bottom before she can even see her way out of this mess.

Be sure to tune in to catch up on everything happening with the soap right now. Come back here often for Eastenders news, updates and rumors!