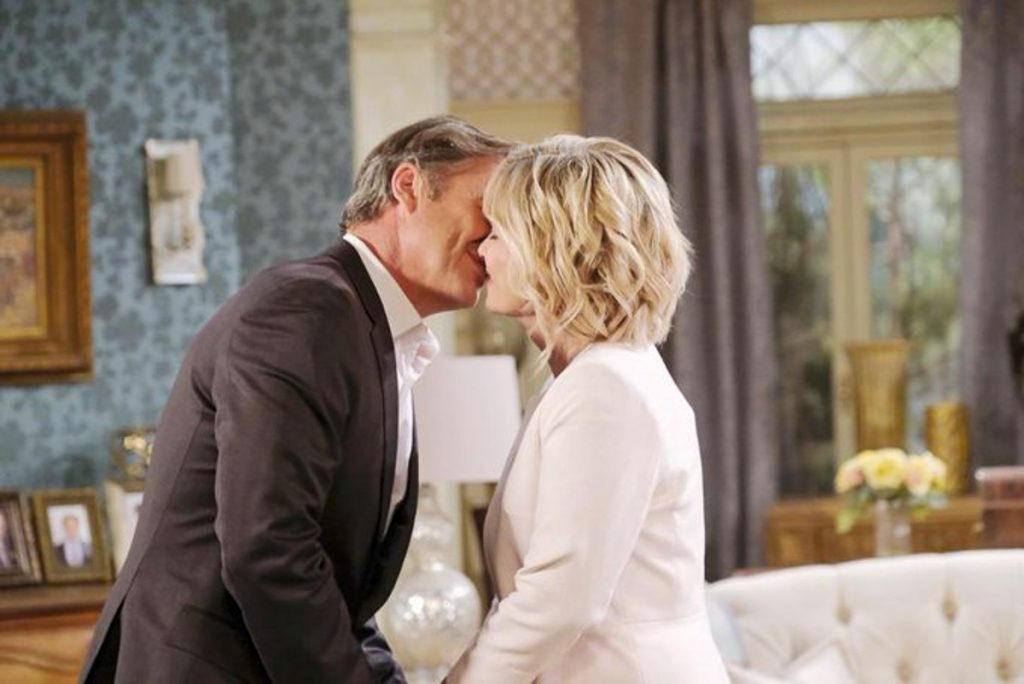 According to Days of Our Lives spoilers, Justin and Kayla will soon take a big step forward in their relationship. As DOOL viewers know, they’ve mentioned the idea of living together on the show, but Kayla wasn’t keen on the idea of moving into the Kiriakis mansion with Victor Kiriakis (John Aniston) and everyone else, so she suggested that Justin should move in with her. 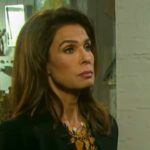 Well, it seems that Justin will soon make Kayla’s condo his permanent home. The two will be happy and content as they start their new life together. But as is usually the case on soaps, they’ll soon have some challenges to deal with. As DOOL viewers know, Steve is back in Salem, although he’s not really Steve, since his brain has been implanted with Stefano DiMera’s (Joseph Mascolo) memories and personality.

And since this new version of Steve, or “Stevano” as fans are calling him, is currently hiding out in Salem, there must be some plan for him to eventually make himself known. After all, “Stevano” wants desperately to reconnect with Marlena Evans (Deidre Hall) and take her away from John Black (Drake Hogestyn).

DOOL Spoilers – What Will Kayla Brady Do When “Stevano” Is Revealed?

If and when “Stevano” does make himself known to Salem, that means that Kayla is going to be stunned. Once she figures out that Steve was held against his will and given Stefano’s memories and personality, she’ll probably quickly realize that he never intended to divorce her in the first place. And at that point, she’ll surely make it her mission to get the memory procedure reversed and get the real Steve back.

The revelation of “Stevano” will surely have a big impact on Kayla and Justin’s relationship going forward. Of course, Kayla might not immediately abandon Justin, but he’ll probably get the picture pretty quickly that she wants her true love Steve back. Justin and Kayla may soon rethink their relationship. What do you think will happen with Justin and Kayla once “Stevano” reveals himself in Salem?