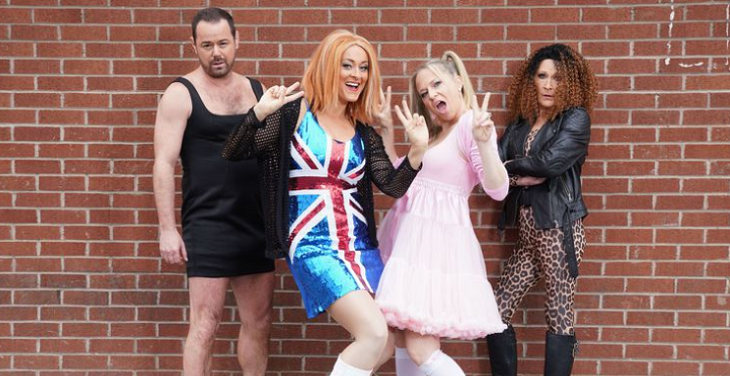 It all started when they Mick and Linda’s breakfast in the café was interrupted by Rainie Cross (Tanya Franks) and Ben Mitchell (Max Bowden) having a loud argument. He jokingly said he missed watching a tear up over baked beans. They both relished the days when their son Ollie Carter (Charlie Harrington) was still young.

“It was only yesterday he was running about in nappies. Before you know it, he’s going to be paunching about in university shouting Shakespeare, designing his own robots,” he said and Linda replied: “Or doing something normal.”

Linda started to make baby jokes when Mick said that at least they no longer have to worry about kids anymore. Mick was shocked and wanted to clear things up. So, later at the Vic, Mick talked to Lina and asked what prompted her to make baby jokes.

She then replied, “Who said I was joking. Were you?” Her response puzzled Mick even more. Before Linda left, she told Mick: “Well you know what they say about the baby lottery? You’ve got to be in it, to win it.”

Mick hasn’t appeared on screen for a few months after he decided that he wanted to spend some time with his daughter Nancy Carter (Maddy Hill) in Australia.

He made a surprise return during Tina’s birthday celebration at The Vic. Both Linda and Tina Carter (Luisa Bradshaw-White) were shocked to see Mick, who was hiding in the barrel store.

Apart from the possibility of adding a baby in the family, the Carters will head off to see Spice Girls on tour this summer as they celebrate Mick’s return. In the photos released by “EastEnders,” Mick, Linda, Shirley Carter (Linda Henry), and Tina are dressed up as members of the iconic band. This will be a must see episode!

Mick will dress up as Victoria “Posh Spice” Beckham, Linda as Emmay “Baby Spice” Bunton, Tina as Geri “Ginger Spice” Horner, and Shirley as Mel B’s Scary Spice. This is one summer fun they will all remember.