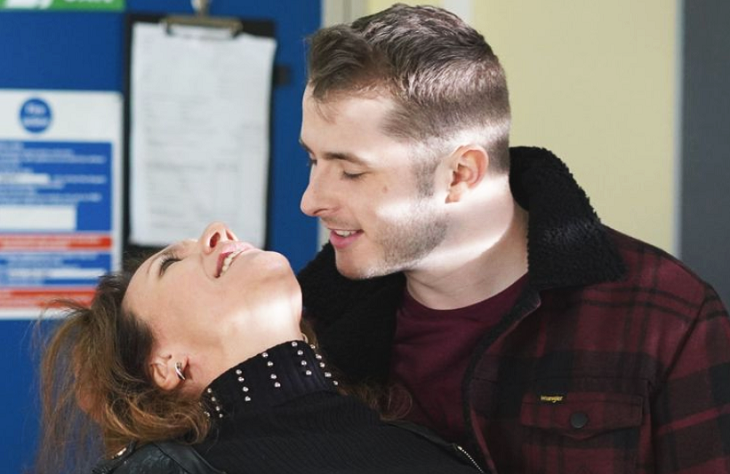 On the previous episode of “EastEnders,” Ben Mitchell (Max Bowden) was seen violently threatening Rainie Cross (Tanya Franks) after she discovered that he was behind Phil Mitchell’s (Steve McFadden) involvement in human trafficking.

Phil was shocked when he found out that Ben double-crossed him, a discovery that came on the heels of Louise Mitchell’s (Tilly Keeper) kidnapping. He stormed back home and confronts Ben right away.

He demanded that Ben apologize to Louise for putting her in such a horrifying ordeal. Phil also kicked Ben out of the house and vowed to cut ties with him for good.

Ben will try to get back on Phil’s good side and pretend that he is turning over a new leaf. However, his wicked side resurfaces when he is confronted by the seemingly unafraid Rainie, who is already aware of what he is really up to.

At first, it would seem as though Ben was changing for the better. However, it was revealed that he hasn’t changed his ways at all. He tried to take advantage of the feud between Rainie and Stuart Highway (Ricky Champ). Not only that, he even tried to sabotage Rainie’s car sales and then offered to fix the car himself.

When Rainie found out that it was Ben who sabotaged the car, she immediately distanced herself from him. But he was relentless. He went into Rainie’s trailer and pretended that Phil sent him over to collect money.

Unfortunately, he can no longer manipulate her as she can already see through all of his lies. With Rainie already at her boiling point, she wasn’t able to control herself and hurled insults at Ben.

Things turned ugly when Ben grabbed Rainie and threatened her to pay up. She stood her ground and refused to pay, which means Ben had to leave the trailer empty-handed. But Ben has something else brewing, he’ll have the cars outside Max and Raine’s lot stolen.

There’s nothing quite like watching a tear up over your baked beans. #EastEnders. Tonight. 7.30pm. @BBCOne.

Meanwhile, Rainie’s attention turned to someone else. When she saw Stuart hugging Bex Fowler (Jasmine Armfield), she immediately grabbed the opportunity and took a snap, which she plans to use to her advantage.

Young And The Restless Spoilers: Nate Defends Abby – Will They Hook-Up?