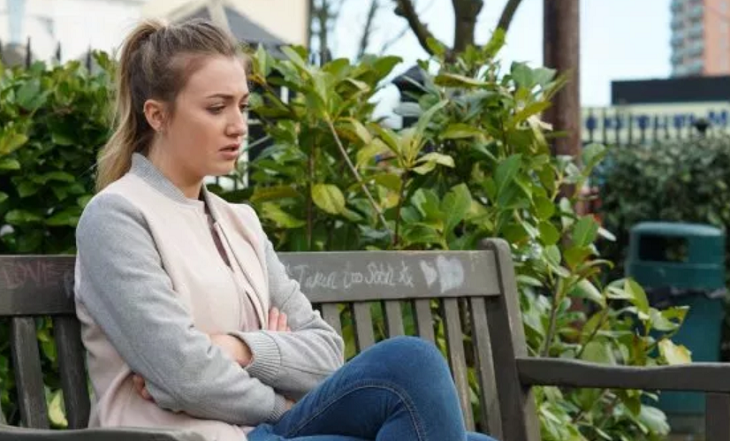 Fans of the soap and the actress were sent into a tailspin after Keeper uploaded a photo of herself and Shaheen on Instagram. In the picture that captioned, “no personal space,” Keeper was touching Shaheen’s face while his hands were on Keeper’s waist.

Her followers immediately asked if they were dating, which Keeper strongly denied. She tweeted, “Can confirm I’m not [dating him],” she wrote. “It’s a cute photo of two best friends on a night out… thank u, next.”

Viewers may recall that Shaheen Jafargholi exited “EastEnders” in a tragic death plot. His character Shakil Kazemi was brutally stabbed, causing his death.

It was one of the show’s biggest storylines in 2018 and it earned Shaheen a nomination in the Best Exit and Best Showstopper categories at the Inside Soap Awards.

Following his departure from “EastEnders” Shaheen landed a role in the BBC medical drama “Casualty.” He plays nurse Marty who later discovers that life in the high pressured ED is not as easy as he initially thought it would be.

He revealed that he’s been a fan of the series. He was ecstatic when he finally became part of it. When Shaheen joined the show, Casualty’s series producer Lucy Raffety told Digital Spy: “We are delighted that Shaheen is joining the cast of Casualty. He is a huge talent with such a warm screen presence and we know he will bring so much to the show.”

Meanwhile, Keeper’s character Louise recently survived being kidnapped and it doesn’t stop there. After feeling loved up with Keanu Taylor (Danny Wlaters ), the teenager discovers that she is pregnant with his baby. She immediately confides in Bex Fowler (Jasmine Armfield). Bex advises her to be honest with Keanu about her pregnancy.

When Keanu finally learns about Louise’s pregnancy, he turns to his mom Karen Taylor (Lorraine Stanley) for guidance. Karen gives him a tough reality check. How will Phil Mitchell (Steve McFadden) react when he finds out that Louise is pregnant? How about Sharon Mitchell (Letitia Dean)? What will she do when she discovers that Louise is carrying her secret lover’s baby?