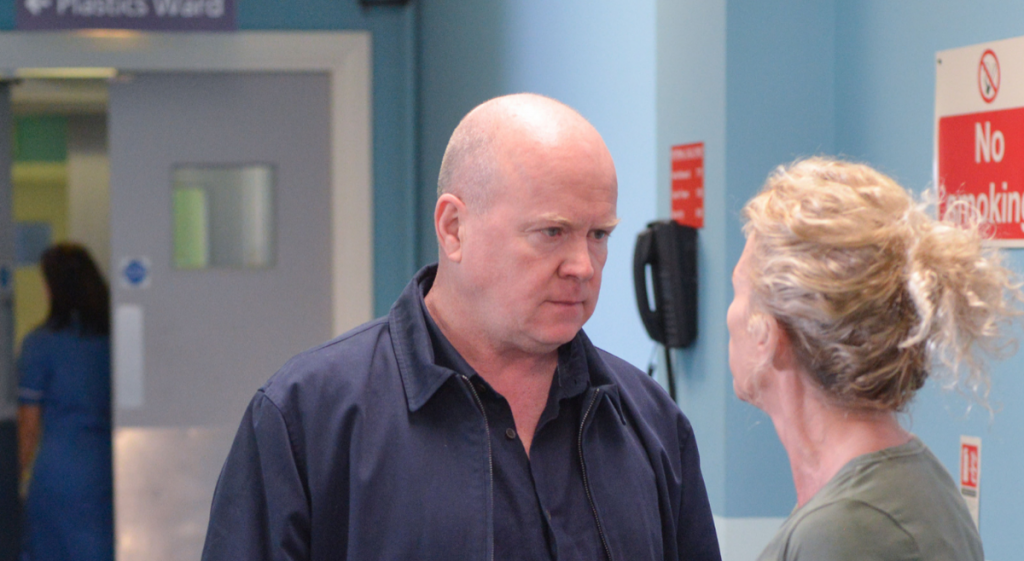 Phil Mitchell (Steve McFadden) is out of the hospital, and he’s on a mission to find out the truth about what really transpired at the night of his attack, “EastEnders” spoilers reveal.

First, he confronts Ben Mitchell (Max Bowden) about his argument with Jay Brown (Jamie Borthwick) when he was still on the hospital. Ben tried to deny it but Phil wasn’t convinced. He then turned to Jay, who lied about what Ben really tried to do that day.

When Shirley Carter (Linda Henry) visited Phil, the latter remembered something that night. He recalled having an argument with Kat Moon (Jesse Wallace). Phil confronted her, and she was quick to cover up for Stacey, who was the one who whacked Phil at the back of his head. That’s when she also warned Phil not to trust Ben. How will her warning affect Phil? Will that be enough to give in a hint that Ben also had something to do with what happened that night?

“EastEnders” viewers may recall that Keanu Taylor (Danny Walters) left The Square with Louise Mitchell (Tilly Keeper) as the authorities close in on Phil’s attacker. Although he had absolutely nothing to do with what happened, Ben did his best to frame him up, so he could get rid of him once and for all.

Viewers know that the guilty culprit was Stacey Fowler. She hit Phil at the back of his head to stop him from hurting Martin Fowler (James Bye) and Kat. Phil and Kat were having an intense argument when Martin came to help Kat. Phil punched him and said some nasty things about Stacey.

Things got out of hand and Phil ended up strangling Martin, which prompted Stacey to hit him from behind with a wrench, leaving him for dead. They wanted to tell the truth to the police but Ben threatened them and told them he’d handle everything from then on.

At the hospital when Phil was still in a coma, Ben tried to tamper with Phil’s life support. Luckily, Jay arrived just in time to stop him. They got into an argument and that’s when Jay learned about the depth of Ben’s hatred for his father. What Ben didn’t know was that Phil was coming out of his coma as he was speaking with Ben.

When Phil was released from the hospital, Ben arranged a welcome home party for him. However, he didn’t fall into Ben’s trap and confronted him about his argument with Jay at the hospital. He then talks to Jay who said that Ben really cared for him. However, Kat had something else to say. She warned him that Ben is “only out for himself” and he should not trust him.