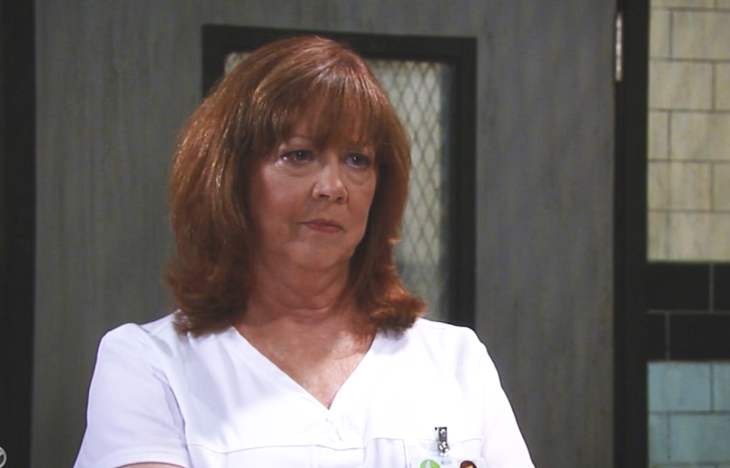 Patricia Bethune, who played Mary Pat on General Hospital, has won the Daytime Emmy for Outstanding Guest Performer. It is her first Daytime Emmy Award.

Her Emmy reel consisted of her time at Ferncliff mental health facility. She was a nurse working there while Carly Corinthos (Best Actress nominee Laura Wright) was being held.

But viewers quickly saw  that Mary Pat was sadistic and controlling.

The most special part of being #daytimeemmynominee has been the outpouring of #love and #support from far and near. #grateful I so appreciate you all https://t.co/jIwb2Wbnnk

She invaded Carly’s privacy and drugged her excessively. Viewers also saw her with a man she believed was Kevin Collins, but was actually his evil twin brother Ryan Chamberlain (Best Actor nominee Jon Lindstrom). She tried to blackmail him, but  has no idea she’s about to become his murder victim.

Mary Pat was a sinister, juicy villain role that Bethune looked like she enjoyed playing.

Bethune is a veteran actress an also a writer, director and producer who has also appeared in True Blood, The Open House and Mad Men.

Bethune has been seen on stage in everything from stand-up to murder mysteries to improv. She feels most fortunate to have learned respect for her craft from her first teacher and coach – the legendary actor Jeff Corey.