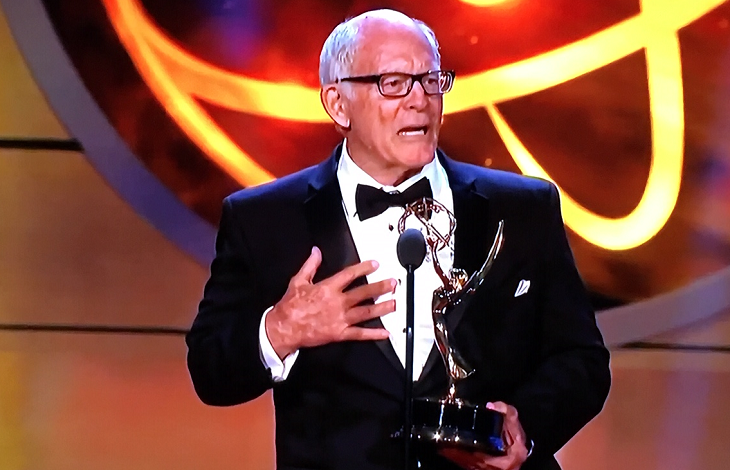 Max Gail has won the Daytime Emmy for Outstanding Supporting Actor for his portrayal of Mike Corbin on General Hospital.

Gail’s Emmy reel consisted of Mike’s struggles after he is diagnosed with Alzheimer’s disease.

Mike tells Elizabeth Webber (Rebecca Herbst) that he’s scared of the way Sonny Corinithos (Maurice Benard) looks at him since he was diagnosed with Alzheimer’s.

Sonny and Carly Corinthos (Laura Wright) ask Mike to stay with them, but he doesn’t want to lose his independence and become a burden.

He then becomes agitated when Sonny presents him with power of attorney papers. Mike panics when he realizes that he is late for his curfew, saying that his parents will be worried about him.

Mike tells Sonny and Carly that he thinks it is time for him to go to a care facility.

The 75-year-old Gail has been acting for most of his life. One of his first roles was as Detective Stan “Wojo” Wojciehowicz on the sitcom Barney Miller.

Gail has also acted in films and other television shows including Quantum Leap, Cannon, Dr. Quinn, Medicine Woman, Due South, The Streets of San Francisco, Mad Men, Longmuire Scorpion and the miniseries Fargo.

He was recast as Mike on General Hospital and has been playing the part since February 5, 2018.

Congratulations to Max Gail for his Outstanding Supporting Actor win!

Don’t forget to check often with Soap Opera Spy for all the latest General Hospital news and spoilers.