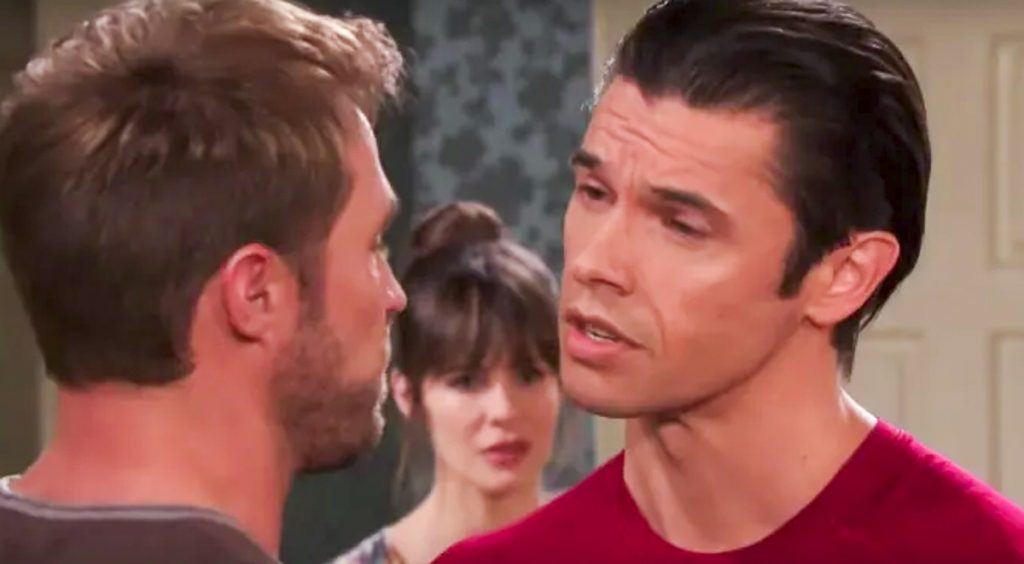 Days of Our Lives spoilers tease that Xander Kiriakis (Paul Telfer) might be the first one to figure out what happened to Hope Brady (Kristian Alfonso) when she doesn’t recognize him on an upcoming episode of Days of Our Lives!

Days of Our Lives Spoilers – Hope Brady Has Been Turned Into Princess Gina By Dr. Wilhelm Rolf

As Days of Our Lives viewers know, Xander has had some experience being around Dr. Wilhelm Rolf (William Utay) from his time in Nashville when Rolf had a lab in the warehouse Kristen DiMera (Stacy Haiduk) used as her lair, and many patients dead or near death were kept there, Jack Deveraux (Matthew Ashford) and Vivian Alamain (Robin Strasser) among them! Xander is familiar with the types of bizarre experiments and treatments that Rolf was working on there, and may be privy to some of them, including some that may have been to recreate or improve mind-control technology, which is what is being used to control Hope and turn her into Princess Gina!

Long time Days of Our Lives viewers will recall that Princess Gina Von Amberg, also played by Kristian Alfonso, was an artist, art thief and forger whom Stefano DiMera (Joseph Mascolo) used to steal priceless works of art for him. She was also romantically involved with John Black/Forrest Alamain (Drake Hogestyn) for a period of time before he met and became involved with Dr. Marlena Evans (Deidre Hall). At that time, he was known as “The Pawn” and was a pawn of Stefano. John was presumed dead and Gina fell into a depression and wouldn’t or couldn’t paint any more or steal and forge art, although John was not dead – and Gina was then kept prisoner by Stefano.

Stefano then kidnapped Hope, implanted a control chip in her brain, likely with Rolf’s assistance, and controlled her at will via satellite. Hope, as Gina became involved again with John, and when Stefano no longer needed her services, he released her, with no memory of anything she had done as Princess Gina.

Rolf again has turned Hope into Princess Gina but the reason is not yet clear. She removed Stefano’s portrait from the DiMera mansion and hung it up in an abandoned warehouse, where Rolf later showed up, obviously intending to make it into something; possibly a new lab? Viewers will also recall that in exchange for Rolf delivering a letter about Sarah Horton (Linsey Godfrey) being pregnant with Eric Brady’s (Greg Vaughan) baby, Xander promised him a lab at Titan. This warehouse doesn’t look like something Titan would own, but it’s possible!

It will be pretty easy for Xander to figure out that Hope has been affected by one of Rolf’s experiments, even if he doesn’t know anything about Princess Gina and Hope’s history of having been brainwashed and controlled by Stefano; however, Kristen DiMera (Stacy Haiduk) may remember and be able to shed some light for Xander if he consults with her about Hope’s strange behavior and her not recognizing him!