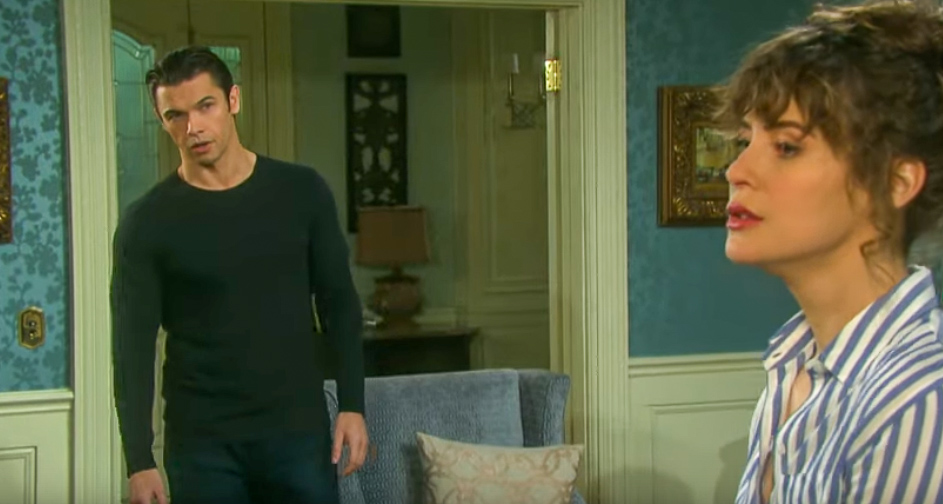 Days of Our Lives spoilers tease that Xander Kiriakis (Paul Telfer) and the woman he hopes will be his lady love, Sarah Horton (Linsey Godfrey) finally share a long-awaited kiss this week on Days of Our Lives!

Days of Our Lives Spoilers – Xander Kiriakis Has Fallen In Love With Sarah Horton, And She Has Slowly Warmed Up To Him

Over the months since Sarah and Xander spent that drunken night of lust in January 2019 when Sarah was devastated to find out her then fiancé, Rex Brady (Kyle Lowder) had slept with her sister in addition to fathering a child with another woman, all while engaged to her, Xander has fallen in love with her and has become quite smitten with her, even being inspired to become a better man by her!

In the meantime, he has watched her go through with her marriage to Rex while being in love with Eric Brady (Greg Vaughan), and then just as she and Eric finally admitted their feelings for one another, Eric’s true love, Nicole Walker (Adrienne Zucker) was revealed to be alive and once they reunited, Eric pretty much dropped Sarah like a hot potato, only she dropped him first! Now she has found herself pregnant with Eric’s baby and Xander has become her biggest supporter and confidant, and is trying to keep her from moving away to hide her pregnancy! 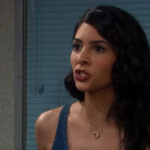 Sarah is touched by Xander’s constant care of and devotion to her, even cleaning up after her when she has morning sickness and throws up! He supported her when she decided to abort her baby and drove her to the clinic, and then when she changed her mind and wanted to keep the baby, he has supported her in that. He even partially won her mother, Maggie Kiriakis (Suzanne Rogers) over, although she still doesn’t entirely trust him because of the things he has done in his past, including his recent past.

Of course, most of his more recent evil deeds have been done under duress, either by Kristen DiMera (Stacy Haiduk) or even by Maggie’s own husband, Victor Kiriakis (John Aniston)! Most recently, Victor had made Xander knock out and bring his granddaughter Ciara Brady’s (Victoria Konefal) boyfriend, Ben Weston (Robert Scott Wilson) in and wanted Xander to strangle him and kill him, but Xander drew the line at that, and Victor tried to then strangle Ben himself, but was interrupted by Brady Black (Eric Martsolf)! However, it got back to Maggie, and she had some very choice words for her husband!

Sarah has gradually become close to Xander in the past months, and viewers have noticed her taking his hand and squeezing it occasionally and other small signs of affection as well. A romance has been teased between the two for many, many months, and it looks like they will share their first kiss this week! We’ll just have to see where it goes, as they will also!