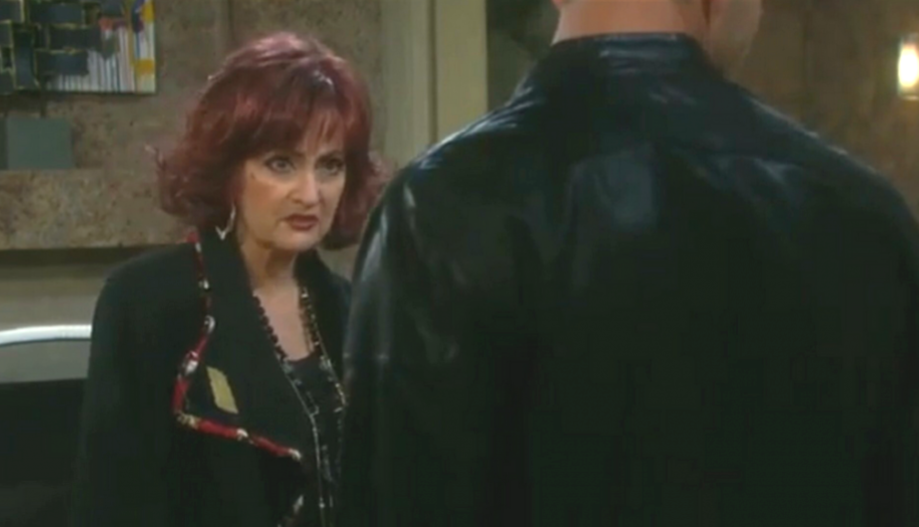 Days of Our Lives spoilers reveal fans are divided on the new Vivian Alamain (Robin Strasser). The role was previously played by Louise Sorel. So, why exactly is this resurrected character different? Sorel discussed that during a recent video interview, which was posted on the official DOOL app.

Before Vivian died, the character was played by Louise Sorel. She was confident, bold and went after everything she wanted no matter the risk. She brought Stefan DiMera (then Tyler Christopher, currently Brandon Barash) to Salem. It was a huge shock to find out that Stefan DiMera (Joseph Mascolo) had yet another child. Then, Kate Roberts (Lauren Koslow) killed Vivian during a struggle.

Days of Our Lives spoilers reveal Sorel was not available to come back this time. So, they asked Robin Strasser if she would be interested. Interestingly enough, Sorel and Strasser are good friends in real life. Even though there are some similarities between the old Vivian and the new version, there are some differences as well.

In an interview with Michael Fairman, which was published on the official DOOL app, Strasser explained why this Vivian is a bit different. The last thing the writers wanted Strasser to do was to clone the previous Vivian. They wanted Robin to do her own take on Vivian Alamain. It was also stressed that Strasser is very much a character actress, and she sure is entertaining to watch!

If you do it once, why not do it again? Will Kristen plot to steal Sarah fetus? Find out the #DaysofOurLives scoop below.#DOOL#DAYS https://t.co/znkvXwrGaS

The latest DOOL spoilers tease to expect a lot more craziness from Vivian. She already shot Kate and thought she was dead, so she buried her. However, Kate was still alive and literally clawed her way out of the grave. Kate is currently hospitalized, but that won’t stop Vivian from trying to finish the job.

Now, it’s only a matter of time before all of Salem finds out the villainess is alive. She will be yet another threat for the residents to deal with. What is going to happen with the character now? Keep watching the NBC soap to find out.

General Hospital Spoilers: Will Olivia Come Between Dustin and Lulu?