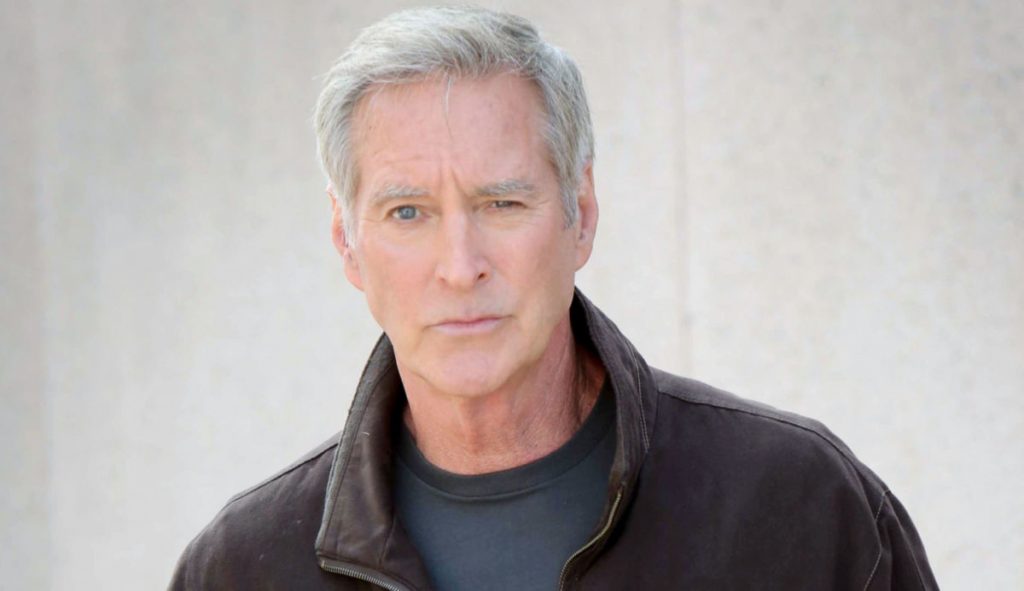 Everyone wants their turn at tearing into Kristen DiMera (Stacy Haiduk), and John Black (Drake Hogestyn) is no exception! Days of Our Lives viewers will recall that John was the one who figured everything out about “Nicole Walker’s” (Adrienne Zucker) bizarre behavior and tore the mask and wig off Kristen in front of everyone at his and his wife Dr. Marlena Evans’ (Deidre Hall) anniversary party a couple of weeks ago. John will have a stern warning for Kristen when it’s his turn to tear into her!

Recently appointed Salem Police Commissioner Eli Grant (Lamon Archey) questions Stefan DiMera (Brandon Barash) and his new bride Gabi Hernandez DiMera (Camila Banus) in regards to the shooting of Kate Roberts DiMera’s (Lauren Koslow) shooting. Days of Our Lives viewers will recall that it was actually Stefan’s mother, Vivian Alamain (Robin Strasser) who shot Kate at the cemetery and then pushed her into a newly dug grave and buried her!

However, Kate managed to claw and dig her way out of the grave and stumbled into Salem University Hospital barely alive! As Eli was in the hospital to see his grandma Julie Williams, (Susan Seaforth Hayes), Jennifer Horton (Melissa Reeves) was also there to try to arrange lab space for Dr. Wilhelm Rolf (William Utay) so he could make amnesia serum and antidote. Jennifer told him about Kate and also that Vivian is alive, so he heads over to the DiMera mansion to see what if anything Stefan and Gabi know about Vivian and if she shot Kate!

If anyone should tear into Kristen, it’s Nicole! First Kristen stole her child, stole her life, and drove her man to another woman! This promises to be an exciting confrontation, as Nicole wants to claw Kristen’s eyes out, not just because of what she did to her and Eric Brady (Greg Vaughan) but all the other people that she hurt in her efforts to get Brady Black (Eric Martsolf), the subject of Kristen’s obsession, back into her arms and her bed! Nicole will not mince words when she confronts Kristen!

#DaysofOurLives star Galen Gering has a reason to be proud of his kids — see the story right here ⬇️⬇️⬇️⬇️⬇️#DOOL#DAYS https://t.co/yVJgJWGCkp

Vivian, of all people, will encounter Sarah Horton Brady (Linsey Godfrey) in Wednesday’s episode, and give her some unsolicited advice! Vivian would have no clue that Sarah is pregnant, let alone with Eric’s baby, but since she and Eric were together for the time until Ben Weston (Robert Scott Wilson) picked her up in Chicago, Sarah’s name probably came up or she may have eavesdropped on him making a call to her, even if it was off-screen. She is probably going to give her advice about hanging on to Eric!