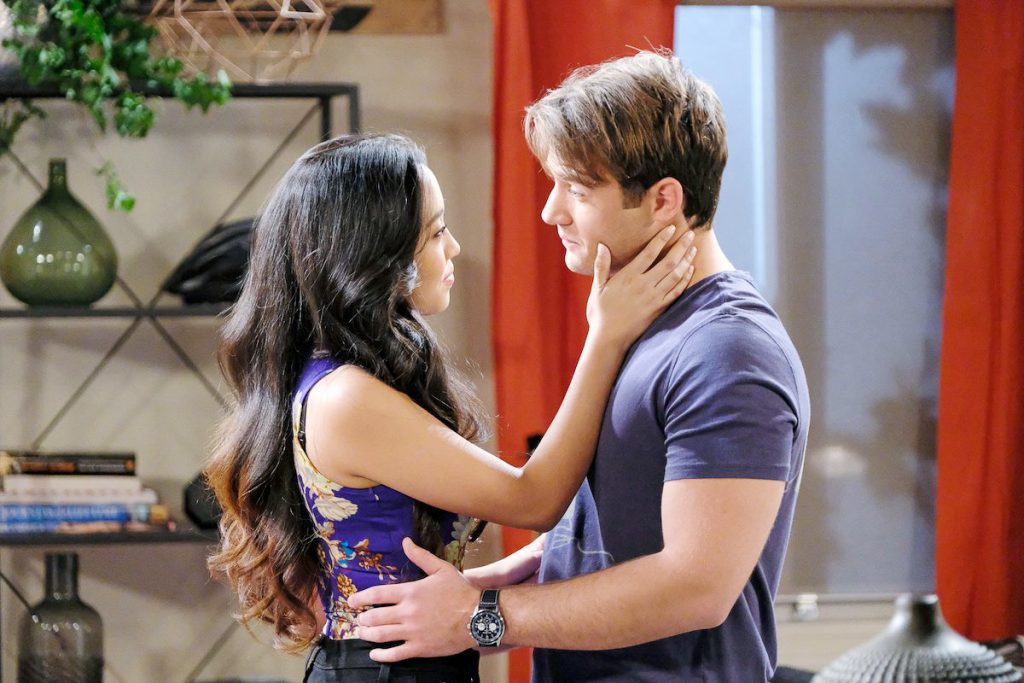 This week has revealed that Haley Chen (Thia Megia) has joined the line of newly deceased Days of Our Lives characters, but what happened to her? How did J.J. Deveraux (Casey Moss) lose another girlfriend to such an ill fate? Why did Kristen Dimera (Stacy Haiduk) kill Haley?

Days of Our Lives Spoilers – Kristen DiMera Lost Her Baby

Days of Our Lives Brady Black (Eric Martsolf) and J.J. Deveraux (Casey Moss) revealed today that Kristen murdered Haley. Did Kristen murder Haley or was it an accident? Brady said he lost his baby as well. Was there a car accident involving Haley and Kristen? Could the baby have died because of the accident? Could Haley have been driving the vehicle that hit Kristen causing her to lose the baby? What happened with Kristen that she would have a reason to murder Haley?

Days of Our Lives Kristen could have blamed Haley for the baby’s death and wanted revenge. Haley could have simply have been the nurse on duty when Kristen’s baby died. Is it possible that Haley tried to save Kristen’s baby but failed? Haley, as a nurse, could only do so much to help a premature baby. Haley should not be at fault for a child’s death unless she gave Kristen or the baby the wrong medication. Did Haley cause the baby’s death leading Kristen to kill her because of a medical mistake?

Days of Our Lives Spoilers – Did Kristen DiMera Go Crazy?

Days of Our Lives Haley could have been a victim of circumstance? Kristen was very happy having the child she always wanted. Kristen had Brady back in her life and essentially had everything she ever wanted. Kristen’s baby’s death would not have necessarily broken up her and Brady’s relationship.

However, Kristen’s need for revenge very well could. J.J. referred to Kristen as crazy leading fans to believe that something happened that Kristen completely lost her mind. Did the baby’s death push Kristen over the edge? Is Haley the only person that Kristen killed? What did Kristen do to Brady to almost break him as well?

Kristen was seen in a convent with Lani Price (Sal Stowers) but why is she there? Is Kristen hiding from the law as usual? Did Kristin lie about the baby’s death and leave town with it? Is there something else behind Kristen’s decision to leave Salem? Is there more to Kristen killing Haley than meets that eye?