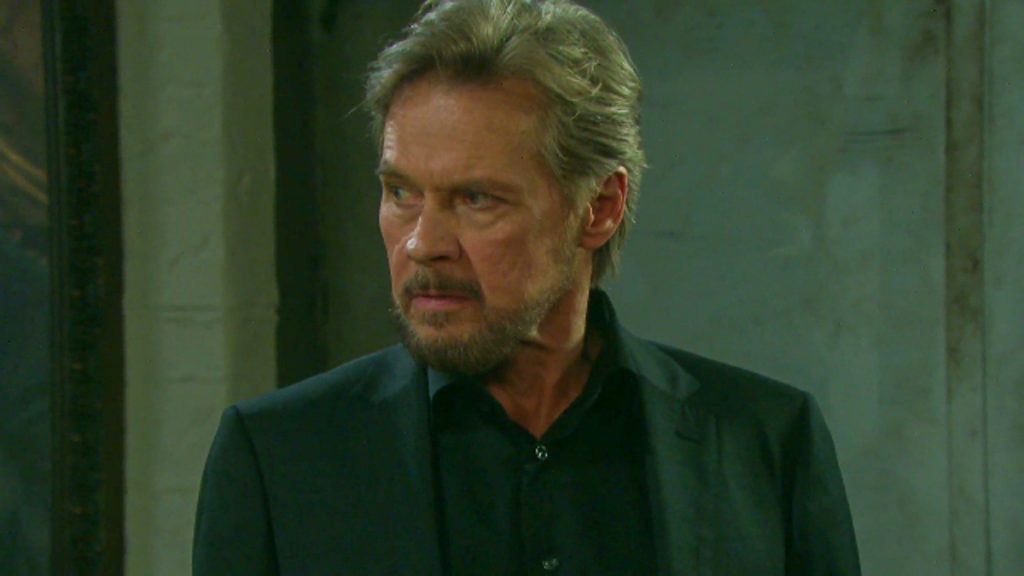 Days of Our Lives (DOOL) spoilers for the week of December 16-20 tease that deception will be a big theme for several characters. For starters, Kayla Johnson (Mary Beth Evans) will insist she’s truly over Steve Johnson (Stephen Nichols), but Justin Kiriakis (Wally Kurth) may have his doubts. Kayla was madly in love with Steve for many years, so could she ever really be as over him as she claims?

Of course, Kayla has also been hurt deeply. She sent Steve the divorce papers in hopes of giving him a wakeup call, but the plan didn’t work. Kayla received the signed divorce papers soon after and wondered how Steve could just put his signature down like it was nothing. It felt cold and harsh, but Kayla doesn’t have the whole story.

DOOL fans know Steve isn’t quite himself at the moment. In fact, he’s basically vanished since Stefano DiMera’s memories were implanted in him. Days spoilers say Stefano will take a risk and head out in public this week. He’ll don a hat and scarf before lurking outside the pub, where Justin and Kayla will be dining. Could Kayla gaze outside and catch a glimpse of “Steve”?

That seems like a good option, but she’ll probably tell herself she was just imagining things. Stefano should make himself scarce after nearly getting caught, so it may be a while longer before Kayla realizes “Steve” is back in town. Meanwhile, Kristen DiMera (Stacy Haiduk) and Lani Price (Sal Stowers) will enjoy a spa day as they plot their next move. They’ll get massages and prepare to take back their happiness in Salem.

Days of Our Lives spoilers say Lani and Kristen will form a plan to trap Gabi Hernandez (Camila Banus). It won’t be long until Gabi gets a surprising call from Kristen. By then, Gabi will have received updates on Kristen and Lani’s stint at the convent in Italy. She may fear Kristen and Lani are in cahoots, but Kristen will promise they’re not friends.

Obviously, Kristen will be lying in an attempt to dupe the enemy. She’ll probably hope to strike up a friendship with Gabi and earn her trust. That could be the quickest path to Gabi’s destruction! Next, Ciara Brady (Victoria Konefal) will assure Victor Kiriakis (John Aniston) that she has no interest in Ben Weston (Robert Scott Wilson). She’ll insist there’s no way she’ll ever be with Ben again.

Victor will stun Ciara by asking her to explain all those prison visits. Thanks to a tip from suspicious Xander Kiriakis (Paul Telfer), it looks like Ciara will be busted. She should’ve known she couldn’t pull one over on Vic for long! Can Ciara think fast and come up with a reasonable explanation? Would Victor even believe it if she did?