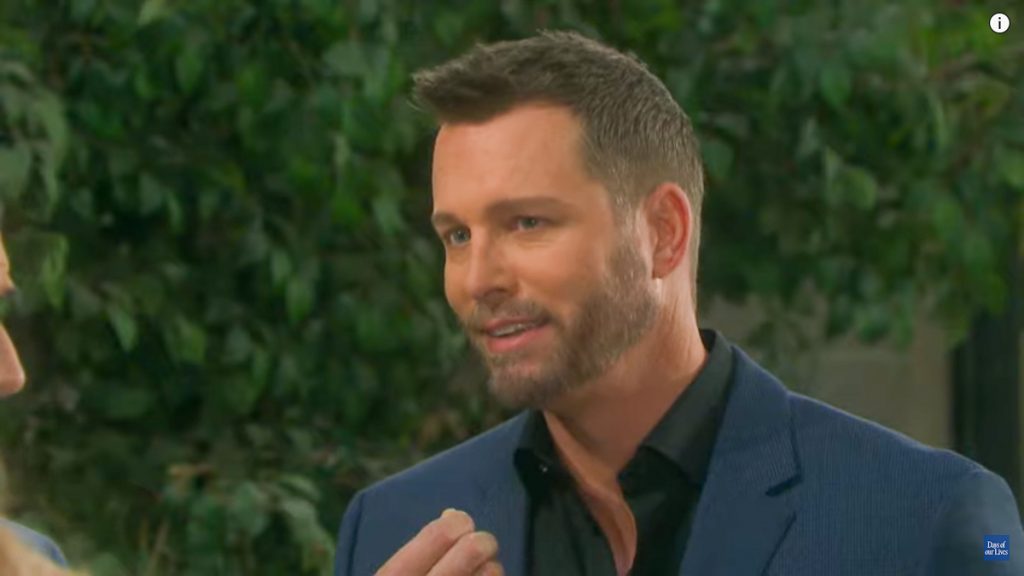 Sarah Horton (Linsey Godfrey) tells Eric Brady (Greg Vaughan) she’s leaving Salem. Sarah won’t want to hurt Eric or give him the impression that her exit has anything to do with his having chosen his soulmate, Nicole Walker (Arianne Zucker) over her, so she will probably paint her exit as job related, possibly for a new better paying position in another town. Eric may suspect there is another reason, but he probably won’t question her about it and wish her the best of luck in her endeavors.

Meanwhile, back at Eric and Nicole’s apartment, Nicole will stumble onto a secret – although “snoop” might be a better word! Dr. Wilhelm Rolf (William Utay) will deliver an envelope for Eric at the behest of Xander Kiriakis (Paul Telfer) and Nicole won’t be able to resist opening it; by the time Xander arrives to try to retrieve it, having thought better of his dumb decision, Nicole will already know that Sarah is pregnant! Nicole will be torn a bit at first about keeping the secret, but will finally agree, at least for the time being.

At the Kiriakis mansion, Brady Black (Eric Martsolf) and Kristen DiMera (Stacy Haiduk) start to bond over her pregnancy; make that ERIC starts to bond to Kristen over her pregnancy! This is the last thing Eric intended to happen, but apparently old Kristen baggage still has a pull on him from when they were involved years ago – which is exactly what Kristen has been counting on ever since she came back to Salem!

Kristen does have a high-risk pregnancy because of her age and prior history of miscarriages, and Brady will want to make her an appointment with a competent Salem University Hospital OB/GYN as soon as possible, not trusting Rolf any farther than he could throw him!

Brady’s father, John Black (Drake Hogestyn) and Dr. Marlena Evans (Deidre Hall) will fear Brady is making a grave mistake by even believing that Kristen is pregnant, let alone carrying his baby! All she has so far is Rolf’s word and unless she took another test off-screen, they won’t want to believe either Rolf or Kristen!

Even if proof is provided of the pregnancy they will insist that Brady gets a paternity test as soon as possible, and insist that Brady takes care to not let himself become emotionally attached to Kristen. Unfortunately, it is already too late for that, and they will remind Brady of what Kristen is capable of and that she is extremely manipulative and can be extremely dangerous!