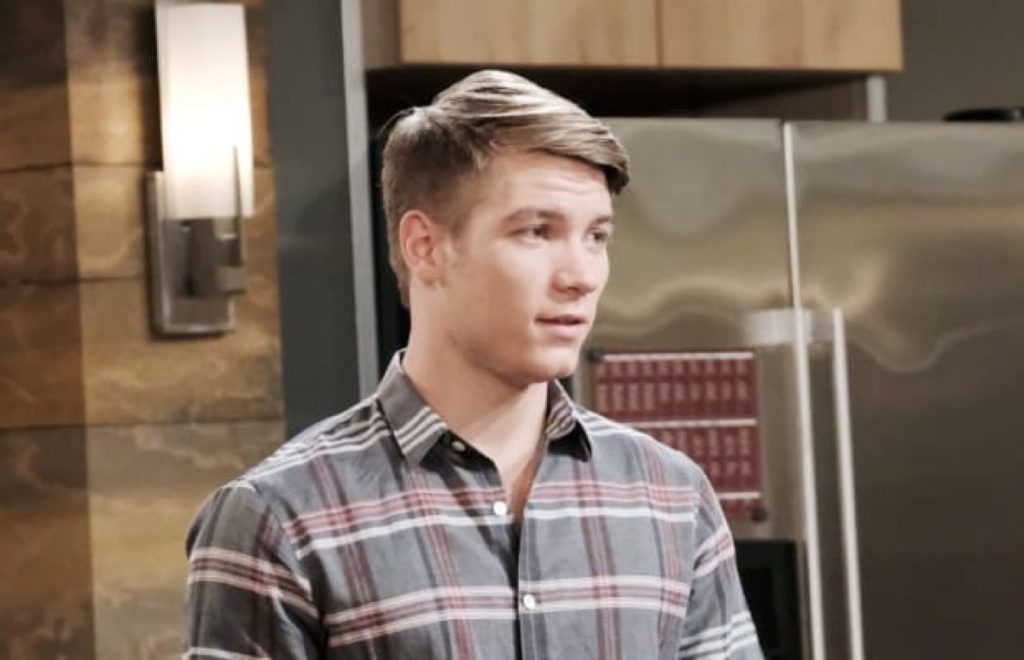 Days of Our Lives spoilers tease that Tripp Dalton (Lucas Adams) will decide to say goodbye to Salem and move out of town soon, after JJ Deveraux (Casey Moss) and Haley Chen (Thia Megia) move out of the loft and leave him in the lurch with no roommates, although there will be other factors as well!

Lucas Adams Is Also Leaving Days of Our Lives

It was reported quite some time ago that Tripp’s portrayer Lucas Adams was leaving the Days of Our Lives canvas in a storyline dictated exit; at first, it was rumored that he would be killed off in another serial killer storyline, but now it can be confirmed that he won’t be killed, he will just leave town. Tripp has been through the wringer in recent months, with his obsessive ex-girlfriend Claire Brady (Olivia Rose Keegan) attempting to kill him, frame him, and exposing him for marrying Haley in a green card marriage that nearly wound up with her being deported anyway!

Before getting together with Claire, he had been involved with Ciara Brady (Victoria Konefal) and Claire had schemed with Ben Weston (Robert Scott Wilson) to break up Tripp and Ciara since Claire wanted Tripp and Ben wanted Ciara! He and Haley nearly died when Claire misunderstood their relationship and set the Horton cabin on fire with them in it!

Tripp will leave Salem for reasons related to JJ and Haley moving out of the loft, although that won’t be the only reason. JJ and Haley will move out because of the bad memories associated with Claire having lived there, and Haley having developed PTSD because of it. Days of Our Lives viewers will recall from recent episodes how Tripp tried to help her out by letting her sleep in his bedroom instead of hers and JJ’s, which had been Claire’s previously, and getting a tranquilizer prescription for her in his name, trying to help her out of his own experiences with PTSD.

The tranquilizers did help, but as Days of Our Lives viewers will recall, they made Haley dizzy which caused her to take a tumble down the spiral stairs of the loft, and the truth came out about Haley’s PTSD, which she didn’t want to admit to JJ, and the tranquilizer prescription in Haley’s hospital room at Salem University Hospital, where all was confessed to Dr. Kayla Johnson (Mary Beth Evans).

There will be one more confession to Kayla from Tripp which may have a bearing on his decision to move out of town; he’s falling in love with Haley! That would make things awkward all around, and not wanting to be in a love triangle with his cousin JJ, needing to heal from his own Claire-related trauma and not being able to afford the loft on his own may all be factors in his decision to leave! Whether his plans will be to take a job in another town, go back to school, or possibly even join the ISA like his father Steve “Patch” Johnson (Stephen Nichols) remain to be seen!

Stay tuned to Days Of Our Lives and keep checking Days of Our Lives spoilers frequently for all the latest news, updates and developments!