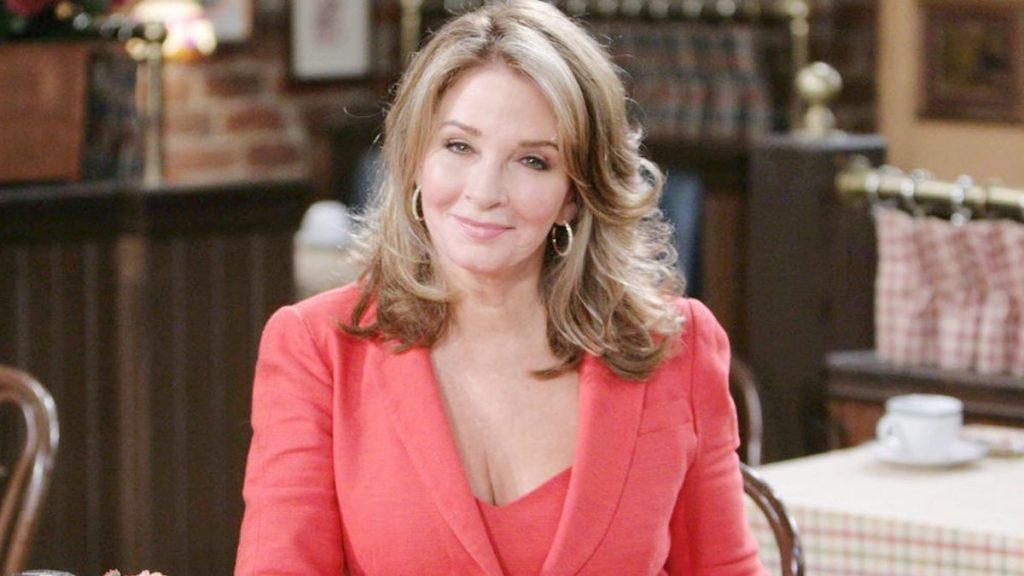 Days of Our Lives spoilers reveal Dr. Marlena Evans (Deidre Hall) gets a gift from a secret admirer. After she and John Black (Drake Hogestyn) think about it, they come to the conclusion that it must be Stefano DiMera (formerly Joseph Mascolo). But what does he want with “Doc?”

Days of Our Lives Spoilers – The New Stefano DiMera

DOOL spoilers reveal that Steve “Patch” Johnson is the new Stefano DiMera, a role previously portrayed by the legendary soap icon Joseph Mascolo. Fans are not exactly sure how this storyline is going to play out. However, the popular theory is that Dr. Rolf (William Utay) implanted Stefano’s memories into Steve “Patch” Johnson’s (Stephen Nichols) mind.

On Wednesday’s episode of the NBC soap opera, Marlena received flowers. She assumed they were from John, but he denied it. So, they read the card and it was simply signed “S.” John thought it stood for Sami Brady (Alison Sweeney). However, Marlena didn’t think so because it didn’t have “love” or “xoxo.”

Days of Our Lives spoilers tease that “Jarlena” will continue to wonder who sent the flowers. At some point, they come to a shocking conclusion. That it must be from Stefano. Now at this point, they don’t even know “Stefano” was allegedly returned to Salem. So, it is interesting that they guessed he sent the flowers.

It is suggested that the flowers could be a hidden threat. After all, Stefano and Marlena have a pretty intense history. Who knows how many times the villain had “Doc” kidnapped, brainwashed and “replaced.” There is no telling what this new Stefano will have done to her this time, but she better be very careful.

What do you think of Steve “Patch” Johnson being the new Stefano DiMera? What do you think he wants with Dr. Marlena Evans? Should she be concerned for her safety after receiving the flowers and card? To find out, fans will have to keep watching the NBC soap opera and see how this storyline develops.

The Bold and the Beautiful Spoilers: Ridge Chooses Between Brooke And Shauna – But Is He Making The Right Choice?