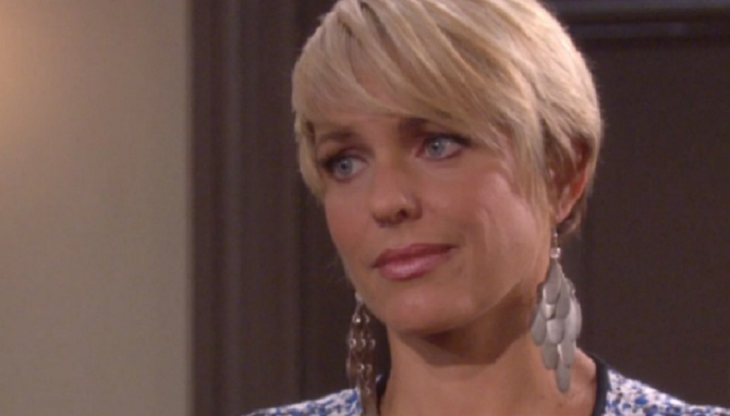 Days of Our Lives (DOOL) recap for Thursday, April 25, 2019, reveals Kate Roberts (Lauren Koslow) asks Maggie Kiriakis (Suzanne Rogers) if she is there to congratulate her on the new job.

Maggie and Kate talk about Sarah Horton (Linsey Godfrey) and Rex Brady’s (Kyle Lowder) wedding. Maggie opens the door and says Sarah could do a hell of a lot better than Rex, just as he walks up to the door. She apologizes to Rex. Rex promises to spend the rest of his life making Sarah happy.

Maggie and Kate argue over Rex and Sarah’s relationship. Maggie asks Rex to escort Kate out; Rex has news to share with them both of them. Rex tells them Will doesn’t have cancer, but the tumor still needs to be reduced. Maggie thanks Rex for stopping by and promises to prove Maggie wrong.

Days Of Our Lives Spoilers – Sarah Horton Gets Answers

Days of Our Lives’ Sarah tells Marlena Evans (Deidre Hall) that Eric Brady (Greg Vaughan) told her about his feelings. Marlena says she was hoping Eric would tell her how much he cares about her, Sarah is shocked at the statement. Sarah is curious about Marlena’s opinion. Marlena tells Sarah it complicates things because she is engaged to Rex.

Marlena explains that Eric doesn’t want to hurt Rex or want a repeat of what happened with Brady. She wants to know exactly what Eric told Sarah. Sarah figures out about the promise to God that Eric made. Marlena says it has been killing her for Eric not to be with someone he cares so deeply about as he does her. 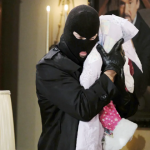 She wonders what Sarah plans to do now that she knows the truth. Sarah tells Marlena she doesn’t know what to do because Eric still misses Nicole. Sarah tells Marlena she is so confused about Eric. Marlena thinks Sarah is the woman to make Eric happy. Sarah goes to the pub and demands Eric be honest with her. Meanwhile, Rex answers Eric’s door and finds Nicole Walker (Arianne Zucker) standing there.

Days Of our Lives Spoilers – Stefan DiMera Gets Update

Days of Our Lives’ Eric accidentally walks into Chloe Lane (Nadia Bjorlin) outside the pub. Chloe tells Eric she and the kids are safe now. Eric warns Chloe against getting involved with Stefan Dimera (Brandon Barash). Chloe assures Eric that the D.A. promises the threat to her and the kids are over. Stefan calls Chloe to confirm their date; she finds someone in her room and asks why they are there.

Chloe assures Stefan she was talking to Holly Jonas’ (Harlow and Scarlett Mallory) doll. Chloe plans to take a shower and get dressed before heading to Stefan; the kids are already on the way. She comes downstairs after tucking the kids into bed; someone slips into Holly’s room as Chloe and Stefan are downstairs. Chloe wants to check on the kids before dinner.

Days of Our Lives ‘ Ben Weston (Robert Scott Wilson) gives Stefan an update on Chloe and the kids. Chloe will be back at the mansion tonight, and they have their first date. Ben talks to Stefan about Ciara Brady (Victoria Konefal) and Stefan advises Ben to make sure Ciara knows she is cherished every minute.

Days Of Our Lives Spoilers – An Evening Of Romance

Days of Our Lives’ Ciara signs her statement about her attack at the police station. Ciara praises Ben for saving her; Hope Hernandez (Kristian Alfonso) deflects telling Ciara her father would be proud of how she handled the situation. Ciara wonders how things went with Hope and Rafe Hernandez (Galen Gering); she says things went bad.

Ciara goes to meet Ben as Hope text Ted Laurant (Gilles Marini). She visits Ben’s cottage finds out he doesn’t have to work tonight. Ciara orders Chinese takeout for herself and Ben. Ciara tries to give Ben some food, but she’s not good with chopsticks. She manages to drop food all over Ben’s shirt. Ben takes off his shirt and moves toward Ciara. Ben says they almost made love last night, Ciara intends to finish what they started and moves into his arms.

Days of Our Lives Ted gets a call from someone at the Salem Inn looking for Chloe and the kids. Ted promises to locate Chloe and call back with a location. Ted says he has more pressing business to attend to and asks Hope to meet him at Doug’s Place.

Hope meets Ted, and he offers to order wine, and they can talk. Hope wants to know what Ted is keeping from her. Ted tells Hope he’s not keeping anything from her, Eli Grant has blown it out of proportion. Ted claims to have been calling a jeweler about a gift for her. He wants hope to be honest about her feelings for him. Ted urges Hope to take the gift because Rafe has already lost her.

‘Young And The Restless’ Spoilers & Recap Thursday, April 25: Loved Ones Gather To Celebrate The Life Of Neil Winters