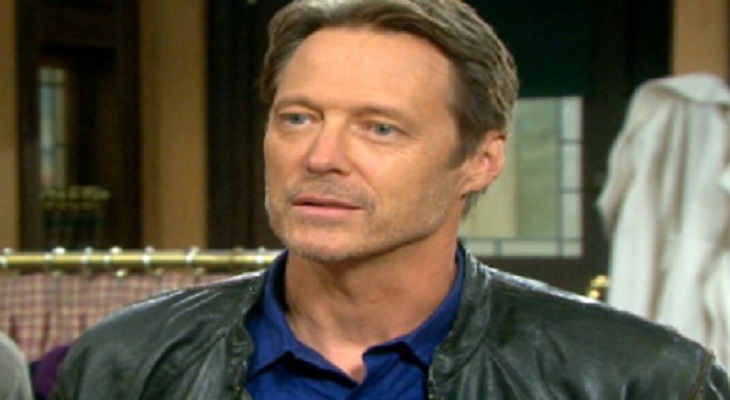 Days of Our Lives (DOOL) star Matthew Ashford (Jack) talks his characters returning from the dead with a whole new personality. He said his return was a complete surprise and he’s been welcomed by most of the DAYS fans. Most of the viewers want to know what is next for the handsome talented actor. Here’s what we know so far about his return to DOOL.

Days of Our Lives – So Many Questions Left Unanswered

Jack survived the doctor’s death serum, but he is not the same man he once was. Before he was full of wise-cracks and he didn’t take anything serious. Now, he has a complete change in personality. Ashford says that when he runs into DOOL fans, they want to know what’s going to happen with Eve (Kassie DePaivia) and Jennifer (Melissa Reeves). And, the actor said, he wants to know too. It’s a complete mystery at this point.

Days of Our Lives – Eve and Jack’s Reunion

The one person he didn’t expect for Jack to get close to was his ex-wife, Eve. Matthew finds it odd that Jack feels safest with her. He thinks that eventually, there may be a reunion for the former couple, but the storyline is complicated, and he isn’t sure he wants to predict what could take place.

As for working with Melissa again, he said it was like old times again. The DAYS producers had to warn them to slow down and not fall back in old rhythms. They wanted the storyline to build and happen naturally.

Days Of Our Lives Spoilers: Did Jordan Make A Mistake By Not Destroying Kate’s Cell Phone? https://t.co/5vVGWqr57v pic.twitter.com/mG2x54BRsa

Ashford noted the storyline is supposed to be kind of sad. Many of Jack’s loved ones feels a sense of loss since he isn’t the same person. They are holding on to the notion that he will come back to them.

Don’t forget to come back later for more Days of Our Lives (DOOL) spoilers, news, and casting updates!

Days of Our Lives airs weekdays on the NBC network. Read more news, spoilers, and gossip on our Days Of Our Lives homepage