Days Of Our Lives Character Flashback: Just who is DOOL Diana (Cooper) Colville? 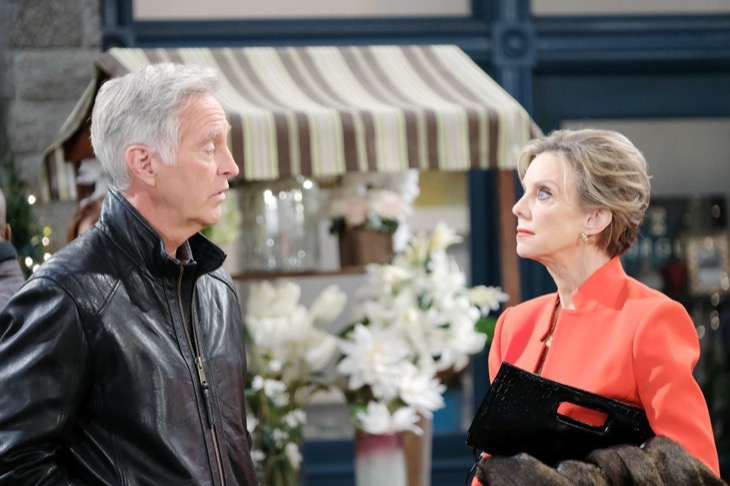 Days of our Lives fans were rightfully shocked when Diana “Cooper” opened up her hotel room at the Salem Inn and said “hello Roman” to an unsuspecting John Black! There is quite a history there that I’m going to catch you up on. Keep in mind the original Diana Coleville was played by Genie Francis aka Laura Spencer on General Hospital – this is a new role for Judith Chapman. Judith Chapman recently played Angelica Deveraux in a flashback scene on Days (confused yet?) Shes very well known in the soap world as playing Gloria on The Young and the Restless for many years.

The background story of “Roman” and Diana goes back to the late 80’s when Diana came to Salem in 1987. This was during one of the times when Genie Francis had left General Hospital. For Days of our Lives it was a huge win to get such a famous daytime actress. Diana originally came in search of a computer disk that Victor Kiriakis was also in search of. It apparently contained information on a rare very valuable mineral. This was the 80’s when these kind of adventure stories were the norm and Victor was an equivalent to Stefano Dimera.

Diana met John who at that time was going by Roman when she saved Carrie. Dianas mother Serena found the computer disk first which greatly upset Victor. During this time Diana also dated Victor and almost married him. There was a lot of drama that happened and Diana and Roman / John eventually broke up. 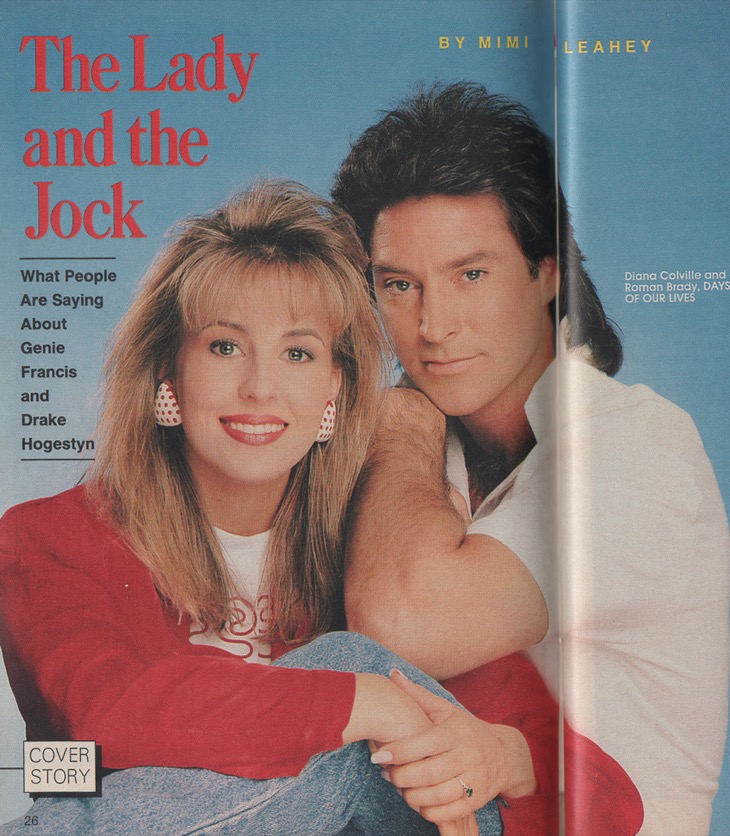 Fast forward to Roman / John being targeted by the Torres family and thus Diana almost being killed. She moved in with him to the famous “loft” that some fans may remember was John and Isabella’s in the 80s and part of the 90s. The danger of the Torres family almost cost John/ Roman his life and he started to have terrible flashbacks and memories. This eventually led to Johns complicated background as a mercenary / priest / etc. That we will save for another day!

Diana eventually got upset when it was revealed that Marlena – who had “died “in a plane crash was very much alive. John / Roman was dealing with his demons and the idea that his beloved Doc may still be alive. Eventually Diana walked off into the fog (literally) never to be seen again until now! Her last airdate was in late 1989, when Genie Francis decided to leave the show.

Presently DOOL Diana has come roaring back into Salem and her son Leo (Greg Rikkart) is already causing heaps of trouble. A little background info. – Judith played Greg’s mom on The Young and Restless. Things sometimes come full circle in daytime TV! So now we are left with the mystery of if Leo is Johns son. John spoke to the original Roman and confirmed his suspicions that the dastardly Leo may be his. This would make two surprise sons for John Black.

Im excited to see what Judith Chapman brings to the role as we have already seen some amazingly tense scenes between Diana and Leo. We also are left to wonder if Marlena now will have a rival for John’s love. Its about time that Marlena had a story again where she wasn’t propping up other stories. Stay tuned to Days for all the drama in this potential love triangle!

Days of Our Lives airs weekdays on the NBC network. Read more news, spoilers, and gossip on our Days Of Our Lives homepage

Eastenders Spoilers: Evil Evie Is In Danger But From Who?