Days of Our Lives Spoilers Tuesday, March 12: John Fears the Worst – Will and Sonny’s Good News – Gabi Teams With Brady 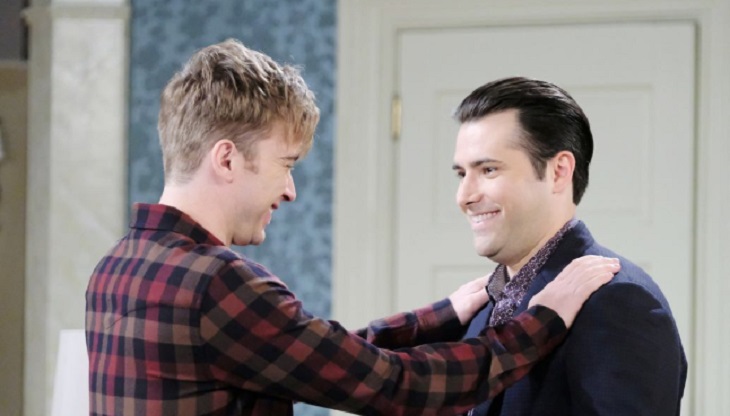 “Days of Our Lives” spoilers for Tuesday, March 12, tease that John Black (Drake Hogestyn) will fear the worst as Dr. Marlena Evans (Deidre Hall) gets the treatment she needs. It won’t be long until John learns Marlena had a severe allergic reaction. He’ll worry that she isn’t going to pull through this time, but he’ll try to hold out hope. John doesn’t know what he would do without “Doc” by his side.

Dr. Kayla Johnson (Mary Beth Evans) will leap into action along with her medical team, so John will know Marlena’s in good hands. He’ll have to play the waiting game for a while, but DOOL spoilers say Kayla will do everything in her power to help. Of course, suspicions will emerge about Diana Cooper’s (Judith Chapman) involvement soon enough!

Over with Sonny Kiriakis (Freddie Smith) and Will Horton (Chandler Massey), they’ll get a pleasant surprise. Since John got Leo Starke (Greg Rikaart) to drop the charges, Will and Sonny’s legal nightmare is over. “Days” spoilers say they’ll hope this means they’re inching toward their happily ever after.

Days Of Our Lives – Bitter Brady Warns Rex About Eric

Elsewhere, Brady Black (Eric Martsolf) will have a chat with his brother. He’ll let Rex Brady (Kyle Lowder) know that Eric Brady (Greg Vaughan) could pose a threat to his romance. Brady will insist that Eric stole Nicole Walker’s (Arianna Zucker) heart and now he could be after Sarah Horton’s (Linsey Godfrey) heart, too. That’s not really what’s happening, but Brady’s got some old wounds to vent about.

In reality, Sarah’s the one who’s almost ready to make a move. She’ll plant a kiss on Eric later this week, so bitter Brady will view this as a pattern. In the meantime, Chloe Lane (Nadia Bjorlin) will confide in Stefan DiMera (Tyler Christopher) and he’ll do the same. “Days of Our Lives” spoilers say they’ll find themselves growing closer, so Stefan could get the real relationship he wants.

Days Of Our Lives – Gabi Still Wants To Take Stefan Down

However, Gabi Hernandez (Camila Banus) will present a problem. She’s teaming up with Brady to take Stefan down, so “Days of Our Lives” spoilers hint that there’ll be big trouble! Stefan will make progress with Chloe for now, but Gabi should cause a major setback eventually.

It sounds like some gripping scenes are on the way. We’ll give you updates as other “Days” news and rumors come in. Stick with DOOL and don’t forget to check Soap Opera Spy often for the latest “Days of Our Lives” spoilers, rumors, updates and news.

Days of Our Lives Spoilers Week of March 11-15: Marlena Lingers Between Life and Death, Tony DiMera Has a Message – John Needs a Miracle https://t.co/B1XO5OtWFP pic.twitter.com/RKJ8HujBhs