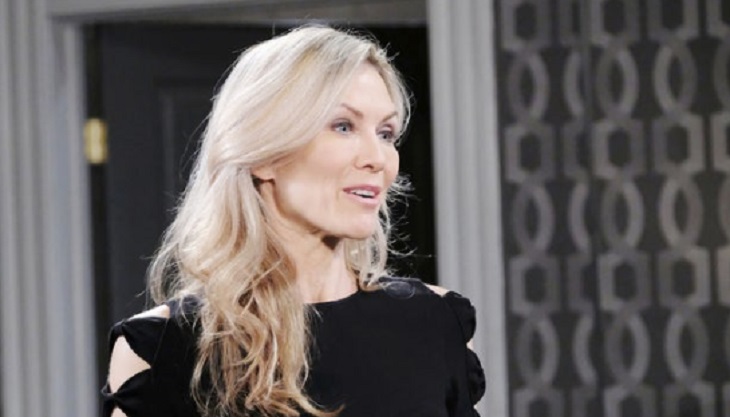 Days of Our Lives spoilers tease that Kristen DiMera (Stacy Haiduk), pushed to the limits and out of options for her freedom, will offer information to the authorities to try to bargain her way out of at least two kidnapping charges and a murder charge, if not identity theft and false imprisonment and other types of fraud charges! Days of Our Lives spoilers say that she will offer as her bargaining chip the whereabouts of Holly Jonas (Scarlett and Harlow Mallory) and her mother, the real Nicole Walker (Adrienne Zucker)!

Other Days of Our Lives spoilers tease that Xander Kiriakis (Paul Telfer) comes clean the same day to Maggie Kiriakis, (Suzanne Rogers) Sarah Horton Brady (Linsey Godfrey) and Eric Brady (Greg Vaughan) about Holly being alive, after Maggie and Sarah blast him for his lies! So Kristen accidentally will have some corroboration for her claims, at least about Holly.

Days of Our Lives viewers will recall in a recent episode that Kristen had mentioned to Tony DiMera (Thaao Penghlis) Nicole was dead, so Xander probably wasn’t in on the loop about her having survived either. He does know however, that Holly survived and the crash was faked and bodies stolen from the morgue were in the car that exploded. Days of Our Lives viewers will recall him mentioning to the late Ted Laurent (Gilles Marini) that “Holly was on the way to her new home” when Ted was upset about a child having been killed.

DOOL Spoilers – Could The New “Resurrection Factory” Be Nearby?

Days of Our Lives spoilers for later in the week say that Jack Deveraux, (Matthew Ashford) Jennifer Horton, (Melissa Reeves) and Eric will rush to Chicago, after the news of Nicole’s survival comes out. Chicago is where the apartment Tony DiMera (Thaao Penghlis) was staying in is, and other Days of Our Lives spoilers say that Dr. Wilhelm Rolf (William Utay) will show up on September 3rd; whether this is a flashback or Rolf, too is alive remains to be seen, but if Rolf survived then maybe he has his formulas in a spare diary in case something happened to the original – which it did, as Days of Our Lives viewers recall when Eve Deveraux (Kassie DePaiva) burned the diary and destroyed all of the memory serum and had police raid the lab and shut it down! 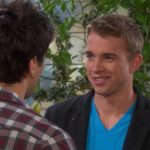 Days of Our Lives Spoilers – If Dr. Rolf Indeed Is Alive, Then Nicole Walker Could Have Been Resurrected Recently

If Dr. Rolf is alive, there is a chance that Nicole could have been resurrected somewhat recently, when Holly was kidnapped or possibly afterwards. This would be good news for Jack also, wanting to get his memory back if Rolf is alive and this could be a reason why he and Jennifer, along with Eric, head to Chicago.

Nicole being alive is the only reason that makes sense for Eric to go along; unless he is wanting to retrieve Holly and keep his promise to Nicole. Of course, Kristen could be lying about the part about Nicole being alive, although it will need to be checked out before anyone offers her any kind of deal! Xander can corroborate that Holly is alive and that may be enough. Jack, as the mayor, could override police needing to go along on the trip if he calls it a “fact-finding mission” and Jennifer could be along to report!

Days Of Our Lives Weekly Spoilers August 19 To 23 ⬇️⬇️