Days of Our Lives Spoilers: Kristen Is Finally Exposed 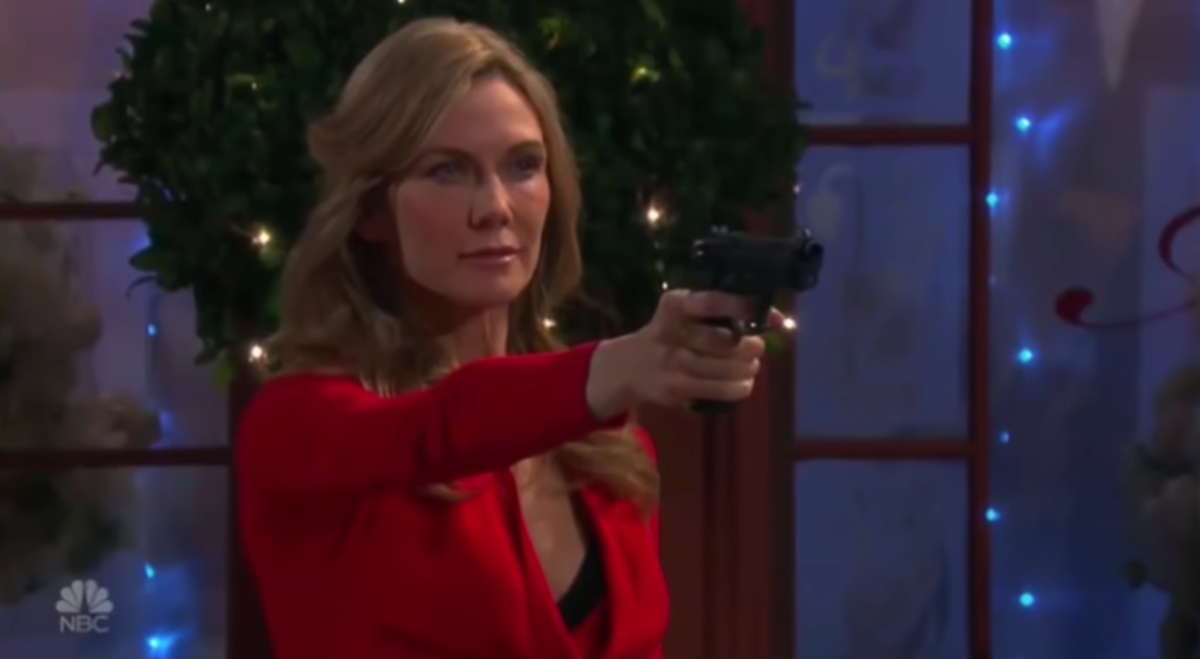 She didn’t think that she would be able to run around Salem wearing a mass for every, now did she? Days of Our Lives spoilers now tease that Kristen DiMera’s (Stacy Haiduk) is about to be exposed which means that she has a lot of explaining to do. That’s because she’s been running around town pretending to be Nicole Walker (Arianne Zucker) this entire time. Here’s what you need to know.

From what we can gather so far, it’s going to be another dramatic and eventful week for some of our favorite Salem characters. It begins with Gabi Hernandez (Camila Banus) figuring out why ‘Nicole’ had been making a bid for DiMera Enterprises this entire time. Unfortunately, Brady Black (Eric Martsolf) isn’t that clever. Even though he realized that Nicole has the same scar in the same place that Kristen also had, he can’t seem to put two and two together and realize that Kristen is actually Nicole. However, he is going to sense that something is not right after having a conversation with Will Horton (Chandler Massey).

Meanwhile, John Black (Drake Hogestyn) and Marlena Evans (Deidre Evans) will prepare for their anniversary party but it won’t go without any drama. By mid-week Nicole will get a shock to the system when her faux husband Tony DiMera (Thaoo Penghlis) asks her for a faux divorce. That’s not the only thing that Kristen has to worry about. There’s another person in Salem who is slowly but surely realizing that Nicole isn’t who she says she is, and that just happens to be Susan Banks (also played by Kristen DiMera). She might be eccentric, but she knows an imposter when she sees one!

Days Of Our Lives Spoilers: Desperate Kristen Points Gun At Marlena – Will The Good Doc Get Shot? https://t.co/hjG3CsXCFa

But the moment that everyone has been waiting for will finally come. That’s because Kristen’s little charade will end by the end of the week. And yes, the showdown will involve to longtime Salem rivals and no, it won’t be pretty at all. Fans will have to tune in for all of the action!