Days Of Our Lives Spoilers: Kristen Informs Brady She’s Pregnant With His Child 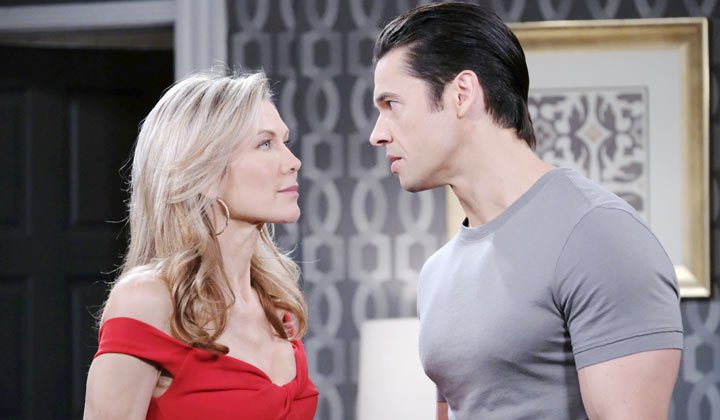 Days of Our Lives (DOOL) spoilers tease that Kristen DiMera (Stacy Haiduk) will try to get Brady Black (Eric Martsolf) back in her arms by telling him she’s pregnant with his child, and it will be the truth this time!

Days of Our Lives viewers will recall that Kristen tried get Xander Kiriakis (Paul Telfer) to get Sarah Horton’s (Linsey Godfrey) embryo so she could have it implanted in herself, since Sarah had decided on an abortion and Kristen can never let a good fetus go to waste!

Xander will reluctantly agree, and take Sarah to the facility, and as she is put under so the abortion can be performed, Dr. Wilhelm Rolf (William Utay) follows them along with Kristen and informs Kristen that he can’t perform the implantation because Kristen is already pregnant. Sarah, on the other hand, will change her mind and keep her baby after all. 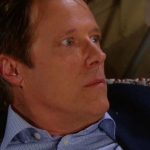 Kristen will be ecstatic that she actually is really pregnant with Brady’s baby, which is what she was trying to achieve by having Sarah’s embryo implanted in the first place! She is hoping that Brady will “do the right thing” and marry her because of the baby.

Brady naturally will be skeptical at first; and although Kristen has been pregnant with her own baby before, it has been many years and she had miscarried, even though later she was a successful surrogate. Brady will likely view it as a trick or suspect she got an embryo implanted in her like she has several times in the past until she provides proof with a pregnancy test; even then he will want a paternity test done. Paternity tests can be done in vitro in a non-invasive manner but Kristen will have to be at least eight weeks along for this option.

The last pregnancy Kristen had was high-risk, and this one may be too. She will need to be extra careful so that this time the baby will be born on his or her due date and she may need to avoid stress, which means she will likely have to avoid causing stress as well!

This may be difficult to do for Kristen, but even if she doesn’t get Brady to marry her, the baby will tie them together forever and that is what she really wants, along with the baby him or herself! Kristen is 55 years old according to most Days of Our Lives historical accounts, so this is probably her last chance for a successful pregnancy.

She is actually old enough to be Brady’s mother, Brady being a mere 27 years old according to most accounts, and then likely SORASED along the way! Will Kristen have a successful pregnancy if not a success with winning Brady’s heart?