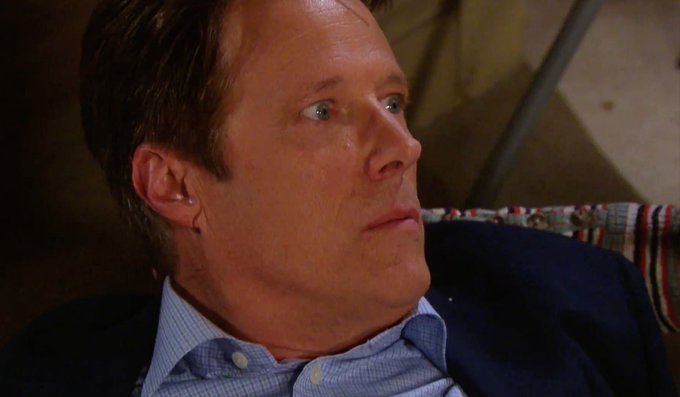 “Days of Our Lives” spoilers for the week of September 23-27 tease that some tense moments are coming up. DOOL fans know Jennifer Horton’s (Melissa Reeves) currently in a tight spot. Dr. Henry Shah (Piter Marek) took Jennifer hostage and they just changed locations. Fortunately, Jack Deveraux (Matthew Ashford) won’t give up on Jenn. He may not remember their past together, but there’s still a connection between them.

Dr. Shah will summon Jack for a showdown later, but he’ll insist on it being just the two of them – along with Jennifer of course. Jack won’t want to risk Jennifer’s life, so he’ll fib to JJ Deveraux (Casey Moss) and indeed go alone. Once Jack arrives in the room, he’ll find Dr. Shah holding a knife to Jennifer’s throat. It’ll be a scary situation as Jack tries to talk Dr. Shah into lowering his weapon. 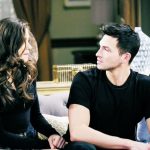 Dr. Shah will want Jennifer to die knowing Jack will never recall her. He’ll think that’s a fitting punishment after all the suffering he’s endured. “Days” spoilers say Jennifer will make a powerful speech as she prepares for the end. She’ll touch Jack’s heart and distract Dr. Shah, which will give Jack the opportunity he needs.

After Jack lunges forward, Dr. Shah will fight back. “Days of Our Lives” spoilers state that they’ll both face blows to the head, which will leave them unconscious. Jennifer will rush to Jack’s side and eventually get him to awaken. That’s when Jack will say the words Jennifer’s been longing to hear: “I remember you.” His memories will come flooding back, but there won’t be much time to celebrate.

“Days of Our Lives” spoilers reveal that Dr. Shah will wake up as well. He’ll be ready to finish this once and for all, so the showdown will resume. Jack and Dr. Shah will struggle over the knife, which will ultimately plunge into the dark doc. Dr. Shah will fall to the floor and quickly bleed out, so his death will conclude this nightmare. That’ll leave Jack and Jennifer to finally find their happiness together.

There’ll inevitably be more obstacles along the way, but “Days” viewers will savor this bliss for now. It’ll be great to see Jack and Jenn in love again! We’ll give you updates as other news and rumors emerge. Stay tuned to DOOL and don’t forget to check back often for the latest “Days of Our Lives” spoilers, rumors, updates and news.