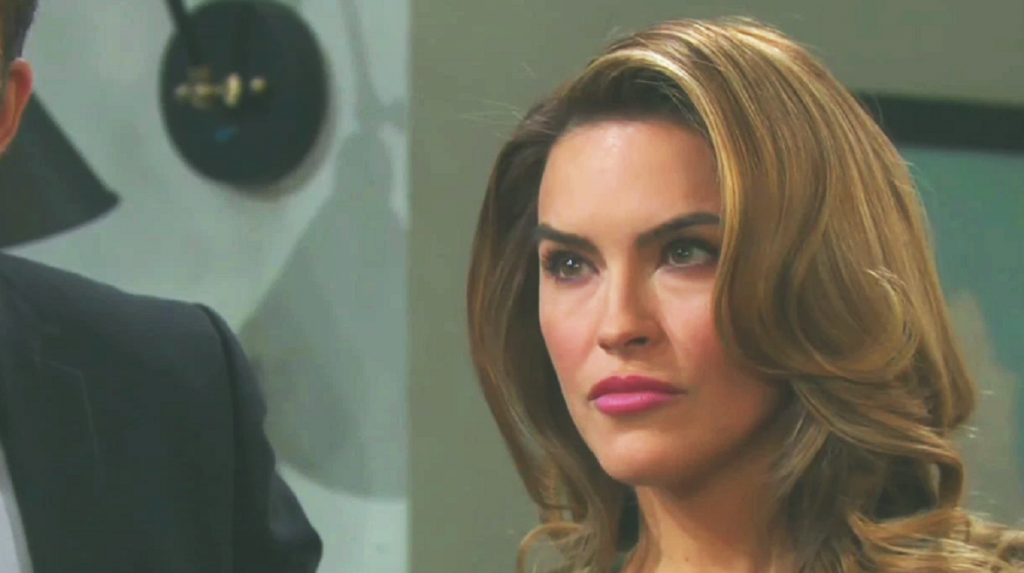 Days of Our Lives (DOOL) spoilers tease that when Jordan Ridgeway (Chrishell Hartley) says to stay away from her baby boy David Ridgeway (Dexter and Jaxton Ellis) she means it! Jordan will vow to kill anyone who gets in the way of her and David!

Jordan has given explicit warnings to her stepbrother Ben Weston (Robert Scott Wilson) and his girlfriend Ciara Brady (Victoria Konefal) to stay away from David. Days of Our Lives viewers will recall in recent episodes that Jordan feared that his father, and her stepfather, Clyde Weston’s (James Read) evil DNA was in Ben and he would always be dangerous, and there was nothing that could change that.

That wasn’t exactly what Ben wanted to hear, especially from someone who had just been released from Bayview herself. She had tied Ciara up in a bed in a cabin and set it on fire.

Then she tried to kill her in her hospital room. Jordan would have succeeded if Ben hadn’t been there to restrain her! It is plain to see that Jordan is probably less safe to be around anyone let alone a baby than Ben is. 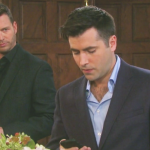 Days Of Our Lives Spoilers: Brady Is Hard Time Fighting Off His Attraction To Kristen — Is A Reunion Coming?

Rafe Hernandez, (Galen Gering) who took Jordan in so that he could keep an eye on her and allow her and David to be together at the same time, unfortunately, is not able to violate Jordan’s wishes in regards to David. He doesn’t have a problem with Ben being in his nephew’s life and certainly doesn’t have any problems with Ciara being in his life either.

But Jordan has set it in stone that Ben and Ciara, but especially Ben, cannot have anything to do with David. Rafe was all set to take over legal guardianship of the baby but then Jordan was released and the judge did not think it necessary for a guardianship to be in place.

Days Of Our Lives Spoilers – Will Rafe Hernandez Hear Her Deadly Threats?

Will Rafe hear Jordan make her deadly threats, vowing to kill anyone that gets in her way? Rafe is a police detective and making deadly threats is against the law. However, he may not be able to take action against Jordan if she does not threaten anyone specifically.

#DaysOfOurLives Spoilers: Lucas And Will Say A Tearful Farewell To Kate — Will She Pull Through?#DAYS#DOOL

Still, a vow to kill coming from Jordan’s lips is not to be taken lightly. It may show that she still could be dangerous. Besides, a vague term like “anyone” could even include him, if he tried to reason with her to let David’s uncle be a part of his life. Or he might try to convince Jordan that Ben is not as dangerous as she thinks. Who knows what that might trigger in Jordan’s mind?

She could even think of Rafe as an enemy and come after him. Rafe should ensure that Jordan has no access to anything that could be used as any type of weapon! Stay tuned to Days of Our Lives and keep checking DOOL spoilers frequently for all the latest news, updates and developments!