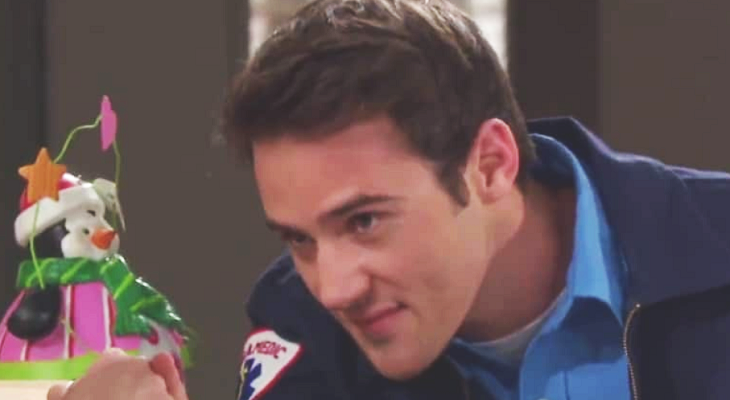 Days of Our Lives spoilers tease that JJ Deveraux (Casey Moss) will think of a solution to keep Haley Chen (Thia Megia) from being deported this week on Days of Our Lives. His solution will be to offer Haley naturalized citizenship through a marriage of convenience – to him.

JJ may think that Haley will go for the idea, since that’s how her big sister Melinda Trask (Laura Kai Chen) got her own citizenship. It doesn’t look like there is a a husband any longer in her life though.

So anyone trying to marry Haley to stop her from being deported would have to be in it for the long haul. After five years, or once she attains her naturalized citizenship, they could divorce with no ramifications. But if they divorce before her naturalized citizenship goes through, her immigration status could be revoked. Then she could again be in danger of deportation.

JJ will propose to Haley, but Days of Our Lives spoilers say she’ll turn him down flat. The window of opportunity for romance between them that could have been a sweet solution has closed. As far as Haley is concerned, that window slammed shut because of JJ’s big mouth.

By telling his father, Jack Deveraux (Matthew Ashford), he and his campaign manager Eve Donovan’s (Kassie DePaiva) used Haley as a scapegoat for their political goals.

Days Of Our Lives Spoilers – Haley’s Trust In JJ Misplaced

Haley feels like her trust in JJ was misplaced. She just won’t take that risk, especially if it means she has to stay married to him for at least five years, or until her naturalized citizenship goes through.

Days Of Our Lives Spoilers: Diana’s Days Are Numbered – Will She Be Tied To Marlena’s Attack? https://t.co/XOBVwThNyS pic.twitter.com/8S6sf0CGR6

Haley will be saved from deportation because someone else will step up for her and offer her the same thing. And because they are good friends, spoilers say she’ll accept his proposal! Stay tuned to Days of our Lives and keep checking Days of Our Lives spoilers frequently to see all the latest news and updates, and who steps up for Haley!

Days Of Our Lives Spoilers: Ciara Desperate For Ben’s Love – Tries To Convince Him To Reunite