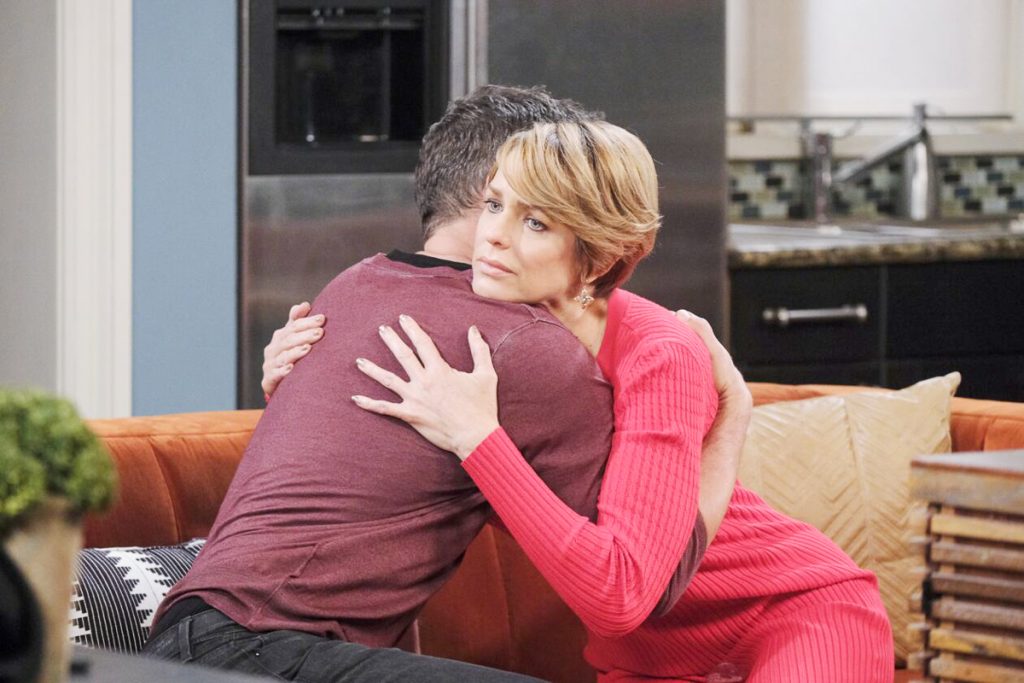 Days of Our Lives spoilers for Friday, November 22 tease of another exciting day of drama and suspense for Days of Our Lives viewers. There are no Trump impeachment hearings scheduled as of this writing for Friday, so you should be able to watch your show at its normal time.

Eric Brady (Greg Vaughan) has a surprise for Nicole Walker (Arianne Zucker) in Friday’s episode, and since he was talking to Roman Brady (Josh Taylor) about big plans for the future, chances are the surprise might just be an engagement ring and a marriage proposal! The two have been back together over a year now and everything seems to be indicating that now is the time for Eric to pop the question. The other question is, however, especially now that Baby Mickey Horton (the May twins) is missing, will Nicole feel guilty about keeping her paternity secret from Eric? Will it have an impact on her answer should he propose marriage to her?

Meanwhile, at the DiMera mansion, Abigail DiMera (Kate Mansi) catches Eli Grant (Lamon Archey) going through Chad DiMera’s (Billy Flynn) laptop! Eli is not going through the laptop as a police procedure, but is doing a favor for his girlfriend Gabi Hernandez DiMera, (Camila Banus) who has been worried that Chad was plotting to get her ousted from DiMera Enterprises. She would be right, but there is more to worry about Eli finding than that; he might find the emails from Stefano DiMera (last played by Joe Mascolo)! Days of Our Lives viewers can expect some pointed questions from Abby to Eli about what he’s doing and why!

At the Salem Police Department, Xander Kiriakis (Paul Telfer) hands Hope Brady (Kristian Alfonso) his confession concerning Jordan Ridgeway’s (Chrishell Hartley) murder a little over a year ago, that Ben Weston (Robert Scott Wilson) has falsely been imprisoned for. As Days of Our Lives viewers will recall from previous episodes, Clyde Weston (James Read) contacted some of his “people on the outside” to leverage Xander with the kidnap of “his” baby so he would confess, therefore exonerating Ben, who is on death row with only one appeal left. Xander is in a panic although he tries not to show it to Sarah Horton (Linsey Godfrey) over Mickey being missing, and goes to the police station and does as he was instructed via a text. However, he doesn’t realize that Hope is really Princess Gina! Will she even do anything with the confession?

Ciara Brady (Victoria Konefal) plays a dangerous game of cat and mouse as she continues to get to the truth of whether her grandfather Victor Kiriakis (John Aniston) hired Xander to kill Jordan, or if he used someone else. Ciara managed to get ahold of Ben in yesterday’s episode, and they talked about what is going on. Ciara stated she learned some guy named Ray may have the baby and is just outside Salem but Ben told her to leave it alone. Ciara decides to look for “Ray” on her own anyway and is determined to bring baby Mickey back safe.