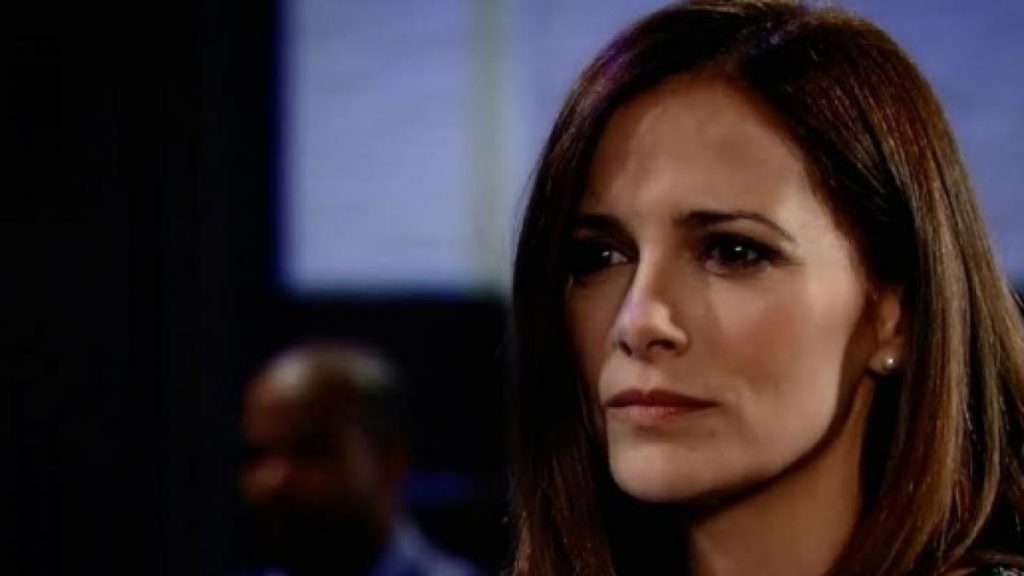 Welcome to your Thursday August 22nd General Hospital (GH) recap! We begin our day at Elizabeth Webber’s (Rebecca Herbst) house where she is arriving home and her sister Hayden Barnes (Rebecca Budig) has made snacks for when the kids get home. Cameron Webber (James Lipton) arrives with Aiden who has been staying at his grandmothers.

At General Hospital (GH) , Curtis Ashford (Donnell Turner) asks Hamilton Finn (Michael Easton) to get in touch with Anna. Curtis says he needs to know if she has been in touch with Andre Maddox.

At the Metro Court restaurant, Ava Jerome (Maura West) enters to pick up her phone and orders another drink. Kevin Collins (Jon Lindstrom) sees her and says hes been thinking about her.

At Charlie’s Pub, Julian Jerome (William DeVry) is talking to his son Lucas Jones (Ryan Carnes) who says there’ still time if he wants to change his mind about moving. Willow Tait (Katelyn MacMullen) enters and overhears that he’s moving, but Julian reassures he will still be in Wiley’s life.

Kim Nero (Tamara Braun) arrives at the pub and Willow congratulates her on her new start in NYC.

At the wine event in the park, Lulu Falconeri (Emme Rylan) and Maxie Jones (Kirsten Storms) are enjoying glasses of wine. Dustin (Mark Lawson) joins them as Maxie has sneakily invited him to come. Maxie’s phone rings and its Peter saying he needs to meet up with her asap. 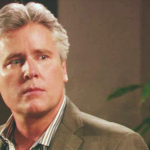 At Pentonville prison, Shiloh Archer (Coby Ryan McLaughlin) threatens Peter August (Wes Ramsey) with what he knows. In Afghanistan, he saw that Peter helped take Drew and held him for 5 years. Shiloh says if he does not help him get out of prison he will reveal that Peter worked with Helena Cassadine.

Peter says no one will believe Shiloh’s “lies”, but Shiloh says the people of Port Charles will all turn on him. Nelle Benson (Chloe Lanier) is standing nearby and overhears the threats.

In her living room, Elizabeth sits her son Aiden down and explains that Franco cannot be with them right now, he needs to get better. She says his aunt Hayden Barnes (Rebecca Budig) will be staying with them for awhile. Aiden says he wants to make a cake for Franco and he’s worried about who will keep them safe.

Kevin Collins (Jon Lindstrom) asks Ava how it’s going with reaching Kiki through the psychic. She explains that Kiki came to her while she was sleeping and reached out to her in a dream. Ava thinks Kevin should meet Chelsea, he may be surprised by what he learns.

Ava and Kevin discuss the Franco situation and how it could have happened, suddenly he appears.

Nelle sits Shiloh down and says she recognizes him from his Dawn of Day books and that Harmony is her cellmate. Nelle says she knows all about the baby stealing and what he did to Willow. Shiloh says he has Oscars shares which will help him get out of prison and et his baby.

Hayden sees Finn at the hospital and he says he proud of her for helping her sister Elizabeth. He says that he is glad she came home.

Franco sits down to talk to Ava and asks her about his true history. She discusses that she cannot undo what has happened in her life.

Curtis visit with Liz and says they are going to find Dr Maddox, who will be able to help Franco remember.

At Charlies Pub, Hayden takes a phone call and it’s her young daughter! Peter lies to Maxie about what his visit with Shiloh was about. He goes back to Pentonville and tells Shiloh he will help him……flash to preview