The Young And The Restless Spoilers: Nate and Elena Grown Closer– Keeps Connection A Secret From Devon? 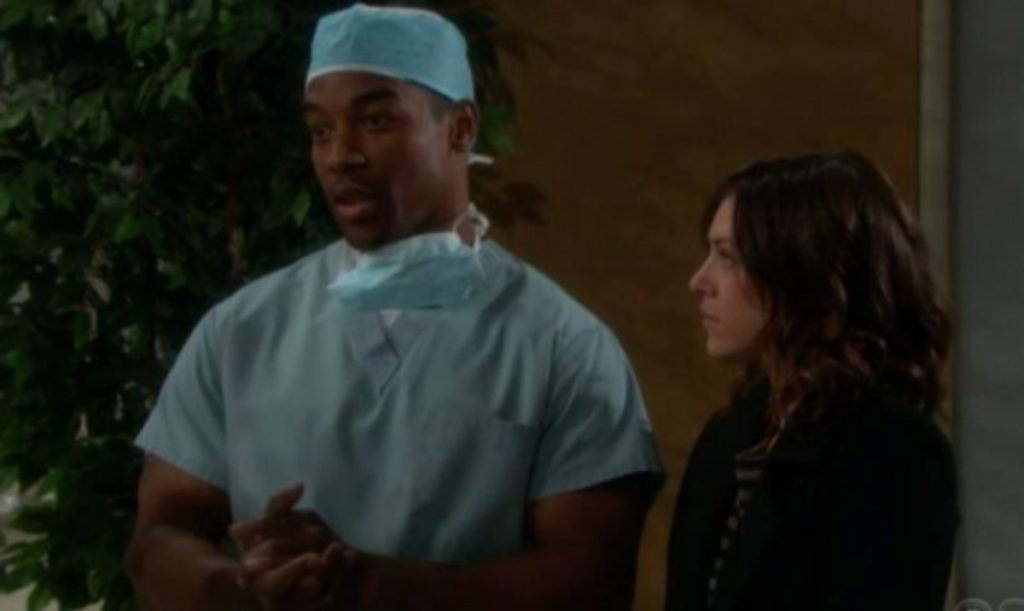 The Young and the Restless (Y&R) spoilers tease that Nate Hastings (Sean Dominic) and Elena Dawson (Brytni Sarpy) will grow closer in the weeks ahead. And that’s not all, it will come out that Elena has been keeping a secret, something so shocking that it could scare Devon Hamilton (Bryton James) off.

Here’s what’s coming up on Y&R in the weeks ahead.

It may seem as if Elena and Devon are a solid couple, but Y&R spoilers say that things may not be as they appear. Nate has been a great friend to Elena and that isn’t going to change. She will continue to lean on him.

Elena will begin her residency at Genoa City Memorial Hospital and she will be working around Nate. He will be the one to show her around and they will spend a lot of time together.

This doesn’t make Devon nervous as he trusts both Nate and Elena. He doesn’t see trouble brewing, but the Y&R viewers are seeing a disaster ahead. It’s clear that the writers are planning to have Elena and Nate hit the sheets, at some point, and Devon will not be aware that they have feelings for each other.

We know this based on another Young and the Restless spoiler released for the week of August 26.

Instead of being honest with Devon, Elena chooses to keep her relationship with Nate a secret. Y&R spoilers state that Elena knows that Devon would not be happy with how close she is growing to Nate, so she keeps it under wraps until she can figure out how she feels.

In the midst of trying to keep her connection and growing feelings for Nate a secret, Devon might notice something to could call for him to question their connection. And many Y&R fans are pointing out that if Elena does cheat on him with Nate, it would be his karma after his hookup with Hilary Hamilton (Mishael Morgan) when she was married to his dad, Neil Winters (Kristoff St. John).

It sounds like some exciting stuff is ahead on Y&R. Don’t forget to come back later for more The Young and the Restless (Y&R) spoilers, news, and casting updates!

General Hospital Spoilers: Liz Worries She Could Lose Franco To Kim — Is Friz In Trouble?