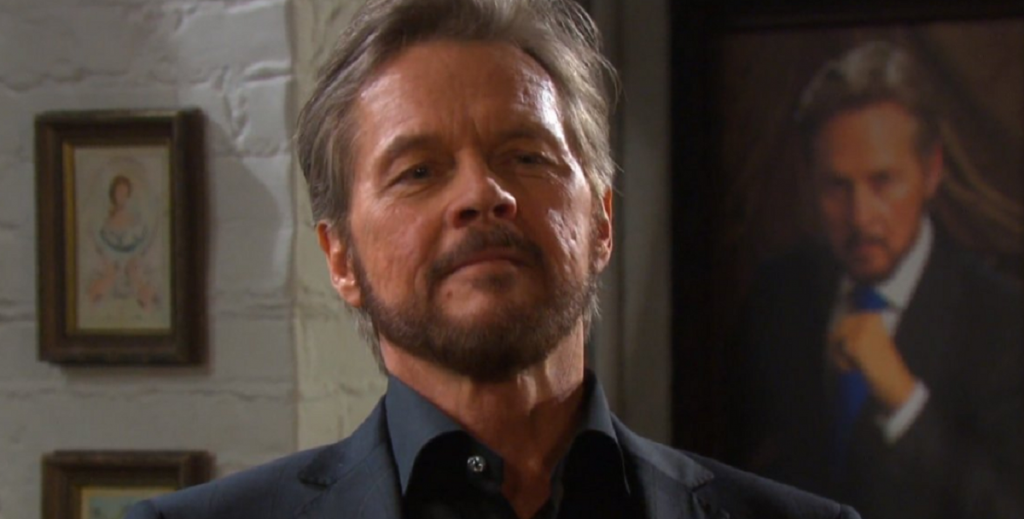 Stephen Nichols, also known for his roles as Steve Johnson or Stefano DiMera on Days of Our Lives, has joined the cast of an upcoming holiday movie called “A Beauty & The Beast Christmas.” The film is set to premiere on ION TV on December 15 with replays on December 21 and December 23.

“A Beauty & The Beast Christmas” is about Christmas influencer Ginger Holiday who fakes a holiday romance with Beau Bradley to gain more followers. Ginger and Beau are polar opposites but the pair end up developing feelings for each other as they spend more time together. What started as a fake romance becomes a budding romantic relationship.

Back To Days of Our Lives: What’s Next For The Actor?

Viewers know that Stefano DiMera is back and he’s currently trapped in the body of Steve Johnson (Stephen Nichols). Stefano knows where Kristen DiMera (Stacy Haiduk) is and wants his daughter to be back in the fold. It’s going to be more than just having her give out her shares of DiMera Enterprises.

If these two come together, they may join forces to bring Gabi DiMera (Camila Banus) down. Kristen has enough ammunition to expose Gabi’s scheme. By doing so, Kristen and Stefano will be able to force Gabi out of the DiMera Enterprises.

It seems like Kristen knows enough crucial information that could destroy Gabi. Will she betray Lani Price (Sal Stowers) and expose what Gabi has done?

Viewers may recall that Kristen was shocked after recently discovering how Gabi blackmailed Lani into leaving Eli Grant (Lamon Archey) at the altar last year. Fans are wondering if she’ll use that secret to help Lani and get full control of the DiMera Enterprises when the time comes.

After all, Eli and Kristen will run into each other as the former tells her to sell her shares to Gabi. Kristen is currently in Rome, in the convent gardens, where she has resigned to a life of a nun. She made the decision after losing her baby and Brady Black (Eric Martsolf).

However, she might revert back to her old ways, a transformation that may be brought on by Gabi and the DiMera shares. Gabi and Chad DiMera (Billy Flynn) want Kristen to give them the shares that she’s about to bequeath to the convent as part of her plan to become a nun.