Days of Our Lives Spoilers: Does Brady See A Future with Kristen? Eric Martsolf Speaks Out! 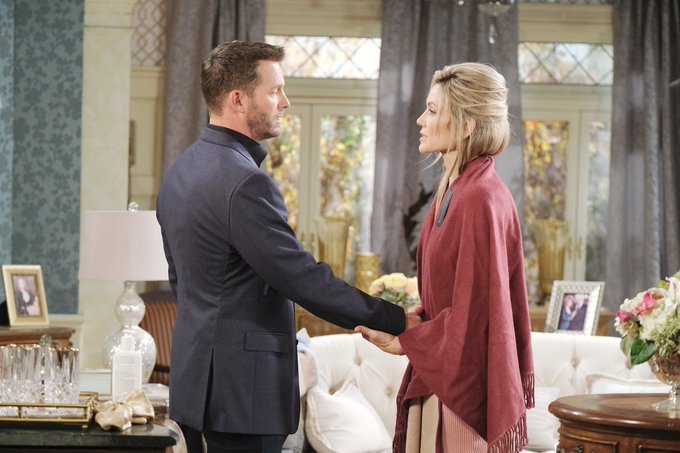 Days of Our Lives (DOOL)  spoilers reveal there is more drama and confusion with “Bristen.” Brady Black (Eric Martsolf) thought he was done with his former flame. However, she is now carrying his child and it is a high-risk pregnancy. Martsolf recently commented on Brady and Kristen DiMera’s (Stacy Haiduk) relationship, revealing if the character thinks the couple could have a future together.

Even though Brady has made it clear he is not interested in a relationship, don’t expect Kristen to give up. She is more determined than ever to get her former love interest back into bed. Now that she is pregnant, it makes the situation even more complicated.

Days of Our Lives spoilers tease that Brady’s decision to move Kristen into the Kiriakis mansion isn’t going over well with others. However, it’s not because he wants to be close to the she-devil. Brady’s intention is to make sure his unborn child is healthy. There is also a part of him that wants to keep an eye on Kristen and make sure she doesn’t do anything crazy. Remember, Dr. Rolf (William Utay) is involved.

Expect Kristen living at the Kiriakis mansion to cause a lot of drama and chaos. Victor Kiriakis (John Aniston) is already planning to fire Brady for his decision. Maggie Horton Kiriakis (Suzanne Rogers) understands Brady’s motivation, but she isn’t thrilled about the move.

Xander Cook (Paul Telfer) really doesn’t care one way or another. As for Sarah Horton (Linsey Godfrey), she is livid that the Mistress of Manipulation is living under the same roof as her. With all these people living together, plus Kristen’s presence, expect a lot of stress and high tempers.

In the latest issue of Soap Opera Digest, Eric Martsolf was asked about the storyline. Does Brady believe that one day, things could work out with “Bristen?” It seems like an easy question, but it has a complicated answer.

Days of Our Lives Spoilers – Second Chance at Fatherhood

Fans have to remember Brady’s dominant personality traits. He is addicted to falling in love. He also desperately craves a relationship and wants a family. He already has a son with Theresa Donovan (Jen Lilley). However, they ran off to California, so Brady isn’t a part of his life. The “Bristen” baby could be Brady’s second chance at being a father.