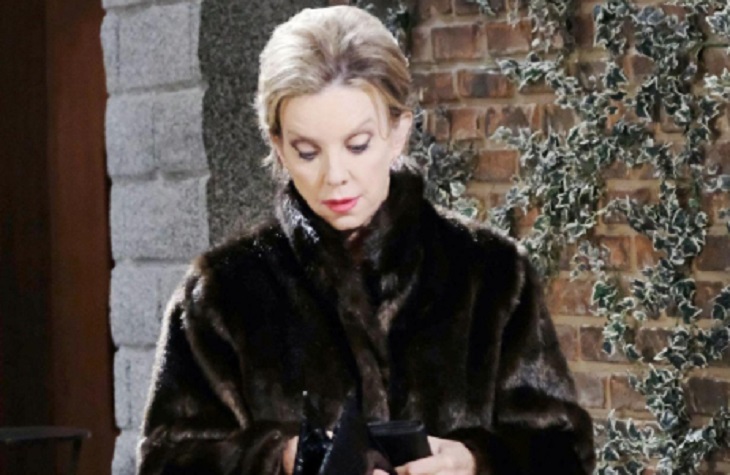 Days Of Our Lives spoilers tease that Leo Stark (Greg Rikaart) has a big secret that could cause his whole house of cards to come tumbling down! Now that Mommy dearest, Diana Cooper (Judith Chapman) has come to Salem, Leo’s going to live under the threat of her exposing that secret and ruining his life with Sonny Kiriakis (Freddie Smith)!

And, that’s exactly why Sonny had John Black (Drake Hogestyn) track Diana down! He knew that Leo was very nervous and very intimidated by even the thought of his mother, and he knew Diana is Leo’s “Achilles Heel”! Days of Our Lives writers haven’t dropped a lot of hints as to exactly what that secret is that Leo is so scared Diana will expose, but it must be a doozy, and possibly something he’s on the run from prosecution for!

Diana herself, although apparently domineering and possibly manipulative, doesn’t seem in herself to be quite enough reason for a grown man to change his name and flee to another town to avoid. Apparently, since Diana Cooper is thought to be Diana Colville (Genie Francis at that time) from John Black’s past, there was a marriage to someone.

Perhaps Mr. Cooper was murdered by Leo! Then again, Diana Colville didn’t seem as manipulative or as mean as Diana Cooper does. Maybe Leo was such a brat he turned her that way!

Days of Our Lives Spoilers – Diana Stirs Things Up

Or perhaps Mr. Cooper was abusive and Diana changed through having a rough life in those in-between years, and years of bitterness and self-hate for leaving John, who was then thought to be Roman Brady (now Josh Taylor) at the altar changed her.