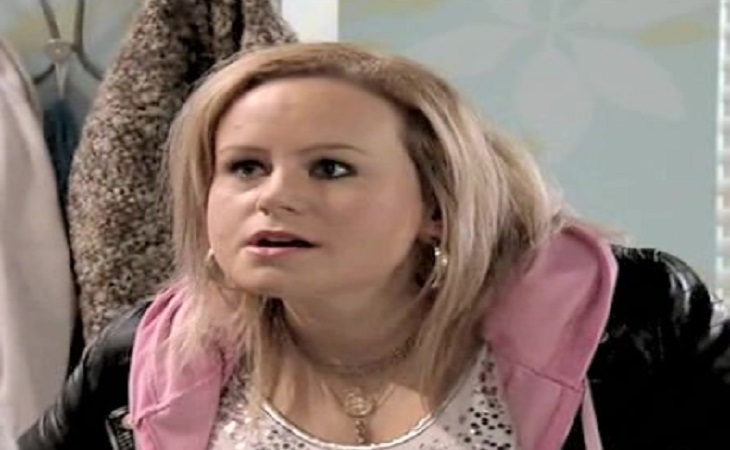 Jenny’s day in court is fast approaching, and as the pressure mounts, she gets out of control. Coronation Street spoilers tease that Gemma will try to keep her out of prison for Liz’s hit and run accident. Will her plans succeed?

Next week on Coronation Street, Johnny leaves for Brighton to visit Eva and baby Susie. Without her husband, Jenny starts to spiral out of control when she turns to drinking at The Rovers. Bottle is the only source of comfort she currently have. She stumbles at the bar and thinks that everyone is talking about her.

As such, Jenny makes a scene, throwing at everyone there who are left stunned by her erratic behavior. The word reaches Liz. Liz then heads to the pub and feels sorry for what’s happening to her former love rival. On one hand, spoilers tease that Liz and Jenny will have a fierce confrontation at the bar, and now we wonder how Jenny would react to what Liz has to say.

Peter’s boat isn’t the only one to set sail on the Street. Who remembers this scene with Des Barnes, Steph, Kevin, Derek and Mavis back in 1991! 🚤#TBT #ThrowbackThursday #Corrie pic.twitter.com/fc0sQwu4G9

When the court day comes, Liz worries about sending Jenny to prison. Steve, however, tells her to leave the decision to the judge.

Gemma, on her part, asks Imran Habeeb for help. Imran tells her there’s nothing she can do to stop the case, unless Liz does not show up to testify. Out of desperation, Gemma heads to Liz’s flat.

Later, Coronation Street spoilers reveal Steve worries when Liz did not arrive in court. He turns up The Rovers to look for his mother, and the police also starts looking for her. What did Gemma do? What happened to Liz?

Meanwhile, Johnny returns the same day and finds his wife in a grave situation. With Liz’s absence in court, they are given a stay of execution. Now, Johnny tries to reach out to his wife and talk about their relationship. Perhaps they would be able to forgive each other and move forward.