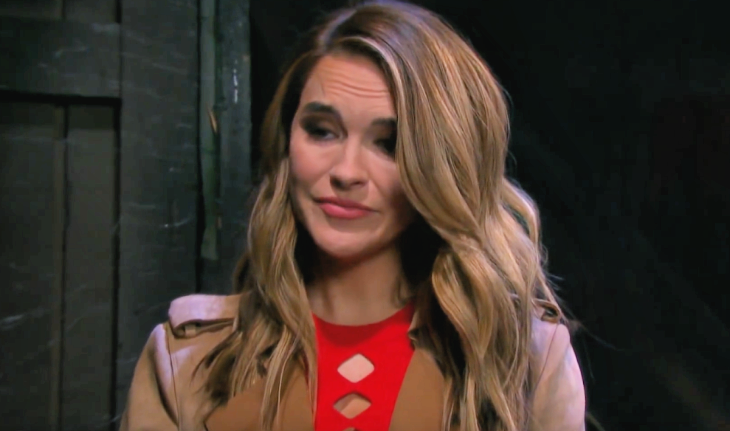 Days of Our Lives (DOOL) spoilers tease that Kate DiMera (Lauren Koslow) will soon find herself in a dangerous situation. She’ll become yet another of Jordan Ridgeway’s (Chrishell Hartley) victims. Jordan’s already kidnapped Ciara Brady (Victoria Konefal) and she’s about to kidnap Charlotte DiMera. Jordan has had some sort of mental breakdown and is under the belief that she’s “saving” Ciara and Charlotte from her brother Ben Weston (Robert Scott Wilson).

Jordan believes that Ben is dangerous and that he’ll always be a psychopath, no matter what. So, she’s taken it upon herself to protect vulnerable Salem residents from him. And it seems that she’ll let nothing or no one stand in the way of her plans.

But at some point, Kate will run across Jordan and she’ll start asking Jordan some pesky questions. It won’t take long before Kate realizes that Jordan is unhinged and that something is very wrong. Kate may not put all of the pieces together and figure out that Jordan’s a double kidnapper, but she’ll get a little too close to the truth or Jordan’s comfort.

According to Days spoilers, Jordan will fear that Kate knows too much and will compromise her plan to keep Ciara and Charlotte safe from Ben. So, Jordan will take matters into her own hands and she’ll set out to silence Kate permanently by poisoning her.

After drugging Kate, Jordan will leave her to die. Things won’t be looking great for Kate, but fortunately, a hero will come along. Rafe Hernandez (Galen Gering), who will be fresh back in town from his trip to Italy, will find Kate and rescue her. Kate will be rushed to University Hospital, where Rafe will stay by her side.

Rafe will be acting as a cop, but he’ll also have a personal interest in Kate’s well-being. He and Kate used to be an item, and he’ll want to make sure that she’s ok. Of course, this might not go over so well with Hope Hernandez (Kristian Alfonso). But ultimately both Rafe and Hope will want to get to the bottom of who hurt Kate.

Eventually, Kate will recover and will be able to fill Hope and Rafe in on exactly what happened to her, if she has a clear memory of it. Will Kate’s testimony be what points the Salem PD in Jordan’s direction and ultimately saves Ciara and Charlotte?