Days of Our Lives Spoilers: Ciara Brady To Become Salem’s Next Private Investigator? 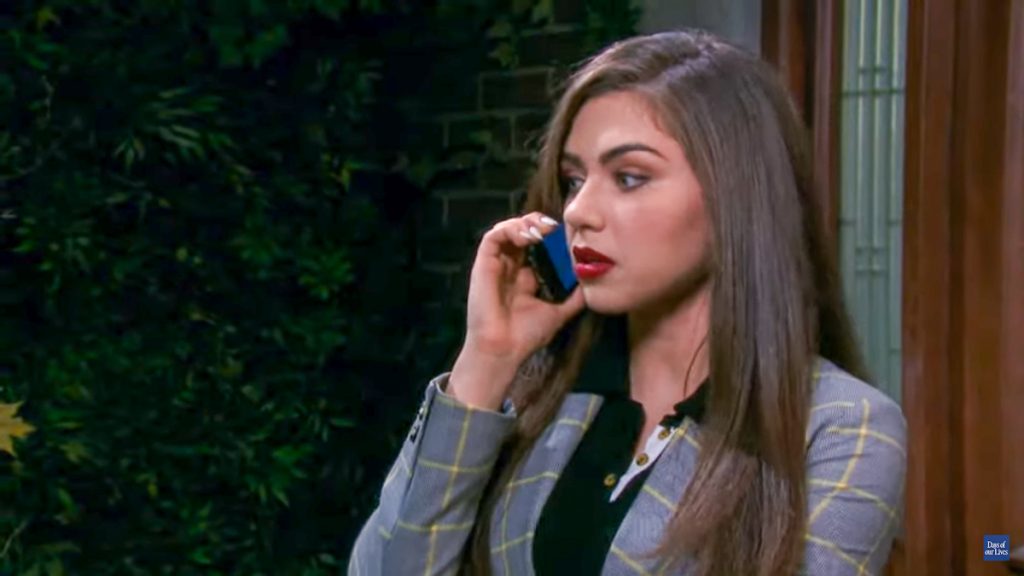 Days of Our Lives (DOOL) spoilers tease that for the foreseeable future, that Ciara Brady (Victoria Konefal) will continue to work for her grandfather, Victor Kiriakis (John Aniston) as a junior executive at Titan Industries.

But she only took that position to prove her grandfather hired someone to kill Jordan Ridgeway (Chrishell Hartley). Her boyfriend, Ben Weston (Robert Scott Wilson), was arrested for the crime and currently sits on death row, with only one appeal left. But working at Titan is not likely in Ciara’s long-term plans. But then what will she do?

When Ben’s father, Clyde Weston (James Reed), had Sarah Horton’s (Linsey Godfrey) baby kidnapped, Ciara sprung into action. Tipped off by Ben, she found the location where the baby was being held. She pretended to be in on it and gained the kidnapper’s trust and got him drunk enough to pass out.

But he woke up and Ciara knocked him out with a vase. She took the baby to the park, where she called the police. Not wanting to explain how she found the baby, Ciara used a fake accent and told the cops where to find the baby.

Given the way she handled herself, she seems destined to follow in her parent’s footsteps as a Private Investigator. For many years Bo Brady (Peter Reckell) and Hope Brady (Kristian Alfonso) worked as PI’s in Salem. Their knack for adventure seems to have rubbed off on Ciara.

Perhaps she can even internship with John Black (Drake Hogestyn). Whatever she decides to do in the future, it’s clear that Ciara will have to do some sleuthing to find Jordan’s real killer, whoever that turns out to be.

It seems strange that no one has noticed that Hope has been acting strange. Viewers know that Hope mind has been taken over by Princess Gina, and it seems odd that in a year, no one has seemingly noticed. Ciara may be distracted by what’s going on with Ben, but surely she would have to notice something is off.

Princess Gina may have all of Hope’s memories, but surely she must have slipped up at some point or another. Maybe Ciara will finally realize that something is wrong and go to John for help.

Days Of Our Lives Spoilers: Gina Finally Finishes Her Portrait Of Stefano – Who Will He Be? @celebratesoaps #DOOL #Days #DaysOfOurLiveshttps://t.co/HbPLPvaVsR

Do you think Ciara will remain at Titan Industries, or is Private Investigating in her future? Will be help get Ben exonerated or find out the truth about Princess Gina. Only time will tell, so stay tuned to Days of Our Lives airing weekdays on NBC. And don’t forget to check back here regularly for all your Days of Our Lives news, information and spoilers!