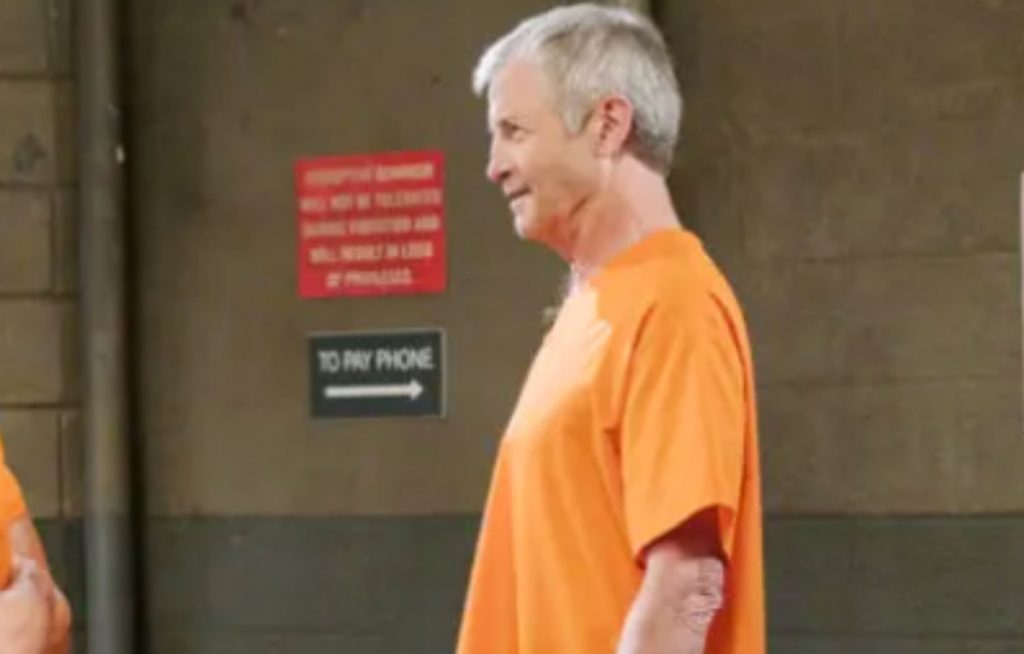 Days of Our Lives spoilers for Monday, December 2 promise another exciting day of suspense and drama for Days of Our Lives viewers as confrontations, decisions, and suspicions are the focus of the Salemites! DOOL will not air on Thursday, November 27 and Friday, November 28 due to Thanksgiving Day programming.

It would seem that Dr. Marlena Evans (Deidre Hall) has a secret admirer as she received a bouquet of flowers in Friday’s episode signed only with an “S” on the card. At first, John Black (Drake Hogestyn) and Marlena thought it might be from her daughter Sami DiMera (Alison Sweeney) but she called her and it wasn’t her who sent the flowers.

Unless the sender was a wise guy who wrote “S” to stand for “sender” or “secret”, in their minds, it could stand only for one thing; Stefano DiMera (Stephen Nichols)! Of course, this Stefano appears to most likely be Steve Johnson under mind control, and apparently still using a bionic eye since as viewers saw in Wednesday’s episode, “Patch” is patchless! It is entirely possible that Dr. Wilhelm Rolf (William Utay) has done something to Steve in a similar manner that he did to Hope Brady (Kristian Alfonso), turning Steve into Stefano like he turned Hope into Princess Gina!

Now that they have the approval of all their friends and loved ones, including Jennifer Deveraux (Melissa Reeves) and Sonny Kiriakis (Freddie Smith) about their romantic relationship, Justin Kiriakis (Wally Kurth) and Kayla Brady (Mary Beth Evans) discuss taking a big step in their relationship. As Days of Our Lives viewers now know, Adrienne Kiriakis (Judi Evans) was killed about six months ago and Justin and Kayla have been dating for three months.

Kayla had sent divorce papers to Steve Johnson (Stephen Nichols) several months ago, mainly as something to light a fire under his fanny about keeping in touch, but then, last week, as Justin was helping her move boxes into her new condo, a messenger arrived at her door, and left divorce papers that Steve had signed – or did he? That could have been Steve’s hand holding the pen but Stefano’s mind making the decision! It sounds like either they will discuss marriage, or moving in together first and then marrying at some point later so it won’t be such a shock to their loved ones!

At Statesville Prison, Clyde Weston (James Read) threatens Will Horton’s (Chandler Massey) life! Days of Our Lives viewers will recall Will taking exception to something Clyde was doing a few episodes back, and Clyde got a little huffy with him! It sounds like Will has challenged Clyde’s “authority” again or was overheard talking about something that Clyde took exception to; possibly some knowledge Will has about something Clyde could get in trouble for inside the prison.

Ben Weston (Robert Scott Wilson) and Will have become unlikely friends since they have been cellmates, and Will might know some other things about Clyde as well and Clyde might just want to make sure he never tells them! Ironically, it was Will’s own grandma, Kate Roberts (Lauren Koslow) who brought that heap of trouble to town to begin with!

Days of Our Lives Spoilers: Ciara Brady To Become Salem’s Next Private Investigator?