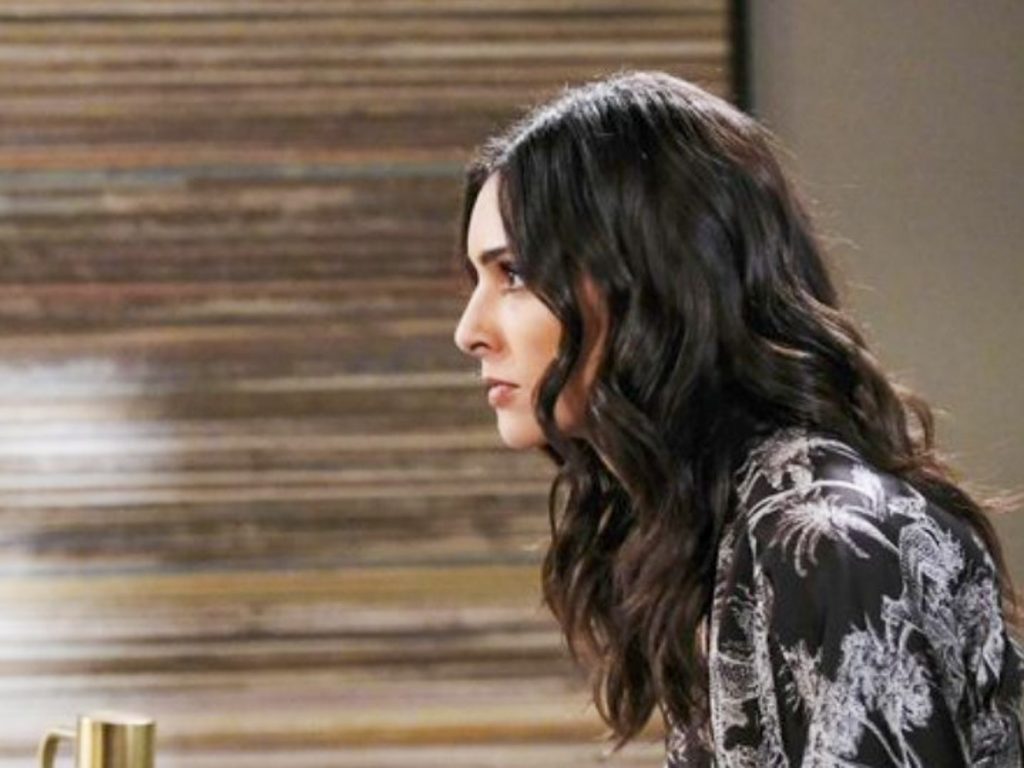 Days of Our Lives spoilers reveal that Gabi Hernandez DiMera (Camila Banus) is a supervillain now. However, some fans are having trouble telling the difference between reality and a fictional soap opera. There have been viewers targeting Banus online, angry that the villainous vixen is causing so much pain to anyone who gets in her way. Recently the actress issued a warning to cyberbullying trolls.

Recently on Twitter, Banus issued a warning to those who attacked her for Gabi’s actions. She wrote on the social networking site that negative comments would be deleted. She had to remind viewers that she doesn’t write the soap opera, she is just an actress that plays a part.

She also suggested that instead of directing their negative comments to her, why don’t they hashtag Gabi instead of tagging the actress? After all, she is Camila, not Gabi (who is a fictional person on a TV show, just to make that clear).

Days of Our Lives spoilers reveal many actors love interacting with their fans. Banus is well-known for reading comments about her acting and character, and responding. However, she does get tired of the negativity. You can’t please everyone, right? In the latest issue of Soap Opera Digest, Banus explains her position.

“When I knew that Gabi was going to go full villain, I knew there was gonna be negative feedback. At the end of the day, like I said online, I don’t have to expose myself. I love interacting with fans. And If I wasn’t even on the show, I would want to do that with other shows. I could not see myself writing something negatively about anybody, whether I’m a fan or not, just because that’s not the kind of person I am.”

Camila told her online follows that any further negative comments would be deleted. It’s fine to not like what a character is doing on a TV show. However, direct it toward the writers don’t attack an actress for simply doing her job and playing the part that was written for her.

Banus also said that there is enough negativity and hatred in the world. Let’s make Twitter a positive space for once.

She also stated that cyberbullying is a very real thing. She said what many were told by their mothers growing up, if you have nothing nice to say, don’t say anything at all.