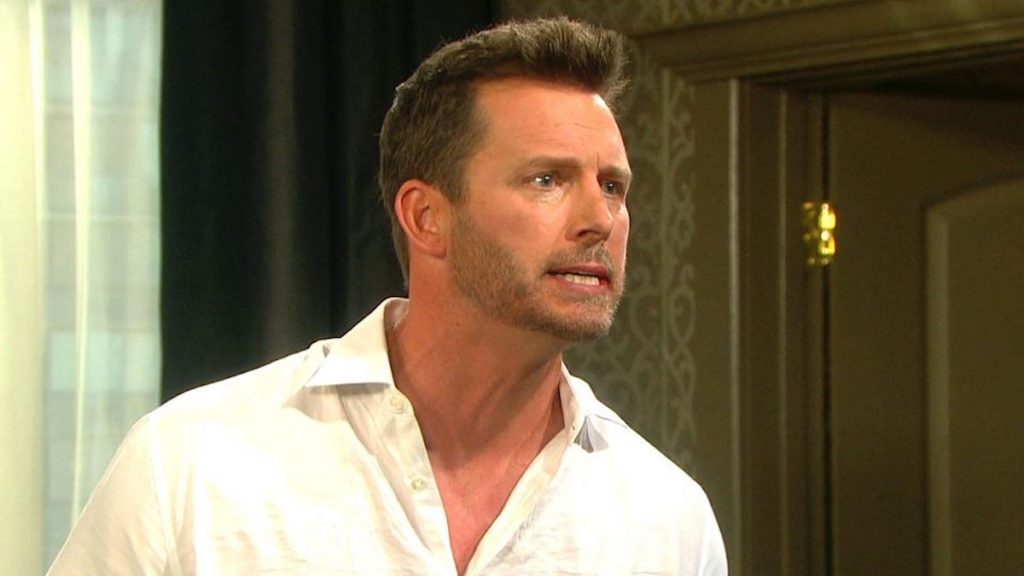 Days of Our Lives spoilers tease Brady Black (Eric Martsolf) makes a confession to his father. What does he say to John Black (Drake Hogestyn)? Will he finally admit that despite hating Kristen DiMera (Stacy Haiduk), he is also still attracted to her? Keep reading to find out the details about this scandalous storyline.

On Thursday’s episode of DOOL, Brady Black accused Kristen DiMera of rape. Technically, that is what she did. Yes, Brady consented to getting intimate — but with Nicole Walker (Arianne Zucker), not Kristen in a “Nicole” mask.

In a bizarre plot twist, after Brady accused Kristen of rape, he then proceeded to make out with her. It seems that he still has an attraction toward the she-villain. This makes him moving on even more difficult. It also creates the possibility that Kristen will get what she wants in the end… Brady’s love.

Days of Our Lives Spoilers: What to Expect When Chrishell Hartley Returns as Jordan Ridgeway

Days of Our Lives spoilers tease that Kristen’s scheming isn’t over yet. She might have been exposed for literally stealing Nicole’s identity (and her face), but there is more coming. Desperate to get her claws back into Brady, she will come up with yet another scandalous scheme. In the meantime, Brady is going to have to figure out how to stay away from the vixen, especially after everything she has done.

According to the latest DOOL spoilers, expect Brady to make a confession to John. Brady tells his father something about Kristen. It must have something to do with his feelings for Kristen and kissing her. How will John react to this shocking news? What advice will he give his son?

We’re not sure yet, but we do know that John confronts Kristen and gives her a stern warning. However, it is doubtful if Kristen will stay away from Brady. She is so obsessed with him that she won’t be able to do what John asks.

What do you think Brady is going to do about the Kristen situation? Will he be able to fight his attraction? Or will fans see “Bristen” reunited?