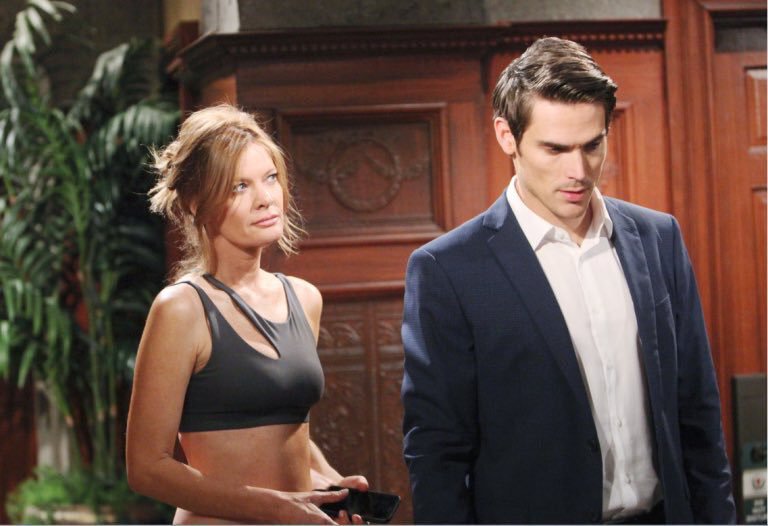 In an interview with Soap Opera Digest, Michelle Stafford opened up about her recent return to “The Young and the Restless” and her departure from “General Hospital.”

Young & The Restless News – Leaving The Show Back In 2013

Viewers may recall that Stafford left “The Young and the Restless” back in 2013. During that time, the actress felt that she already played out her character, Phyllis Summers. She never thought she’d come back to the show and reprise her role. Stafford shared her recent conversation with co-star Eric Braeden. She said she loved “The Young and the Restless” and all the people in the show. But she really felt at that time that “character kind of ran its course with me creatively.”

So when she came back to the set after being given the chance to reprise her role, she felt that there was a “new rejuvenation for the show by all involved.” She admitted that when she exited, she never really kept tabs on what her former character was up to. She just watched it to judge the Emmy submissions and sometimes she came across a preview on her social media feed.

Y&R News – What Was It Like When She Returned To Y&R?

So, when they agreed that she’d come back, she watched everything she can using the CBS Watch app. She watched every show starting from August 2018. During that time, she learned about the current tone of the show. She also read all synopsis she could find about Phyllis starting at the time she returned in 2014. She said she read about 35 to 50 synopses a night after putting her kids to bed.

When she returned, it was like having a new job for her. She said she’s still trying to find Phyllis’ voice. She also admitted that aside from the job, she found the relationships with other cast members new as well. She also found it “bizarre” as she returned to the studio after six years of being gone. She noticed nothing had changed after six years, which made the feeling more bizarre for her.

She also felt “weird” during her first day. But she tried her best not to pay too much attention to that feeling because she didn’t want that to affect her performance. When it comes to reuniting with her castmates, she said she kept in touch with many of them. So, when she came back, it wasn’t much of a shock for her or them. However, she did have to reintroduce herself in a way as to who she is now.