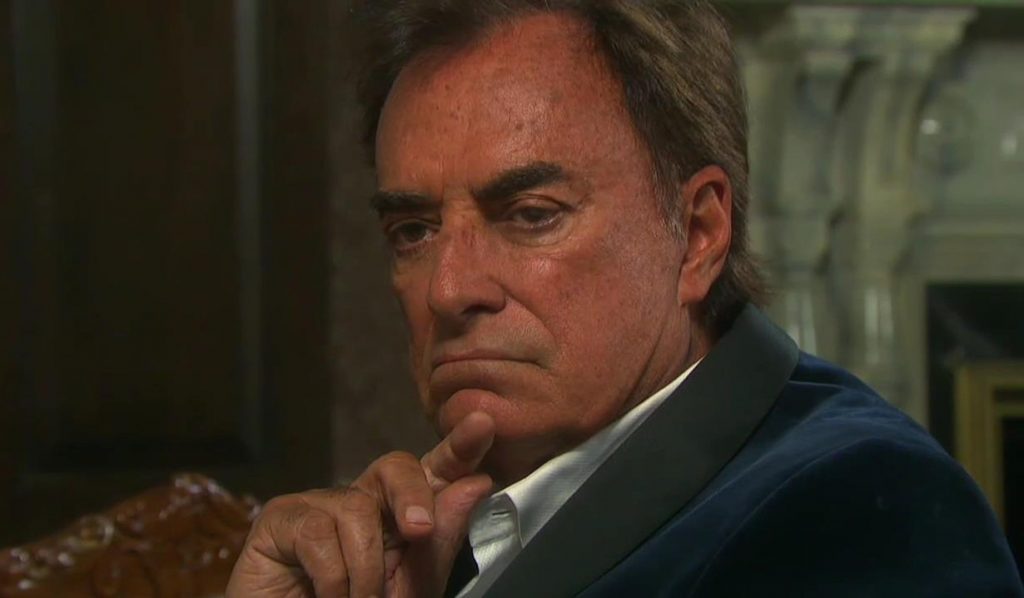 Days of Our Lives (DOOL) spoilers reveal Tony (Thaao Penghlis) is arrested for murder. Meanwhile, Kristen DiMera (Stacy Haiduk) is facing her own charges. Now that Tony and Anna (Leann Hunley) are reunited, how will the resurrected DiMera get out of this jam? Where there is a will, there is a way. Anna refuses to give up and stands by her man.

Tony never wanted to help his sister with her devious plan. However, she forced his hand when she threatened to kill Anna DiMera. Desperate to protect her and knowing what Kristen is capable of, he reluctantly agreed.

There have been complications, though. Kristen told detectives that Ted (Gilles Marini) was shot by Tony. However, she didn’t bother telling them that it was an accident.

It happened as a result of a struggle. Once Ted realized that “Nicole” (Arianne Zucker) was actually Kristen, he was shocked. He eyed the gun and Tony knew his sister’s life was in danger. He lunged toward Ted and the two wrestled over the weapon. During the struggle, Tony accidentally shot Ted.

After Tony made the confession to Anna, the two lovebirds walked into the police station. At that same time, Eli Grant (Lamon Archey) was about to leave to question Tony. DiMera was stunned that his sister threw him under the bus. Despite it being an accident, Tony is facing murder charges.

Days of Our Lives spoilers reveal Anna will continue to stand by her man. She is determined to clear his name. Anna is not known for her subtlety. In fact, she goes to extremes in everything and this is no exception. Expect her to do whatever is necessary to get Tony out of jail and back into her arms.

How will Anna clear Tony’s name? Does she get Kristen to tell law enforcement the complete truth about what happened? Or does she figure out something Tony can use as leverage? Stay tuned to Days of Our Lives and check DOOL spoilers frequently for all the latest news, updates and developments!