Days of Our Lives Spoilers: Princess Gina Out Of Her Mind – Can Hope Brady Later Do Damage Control? 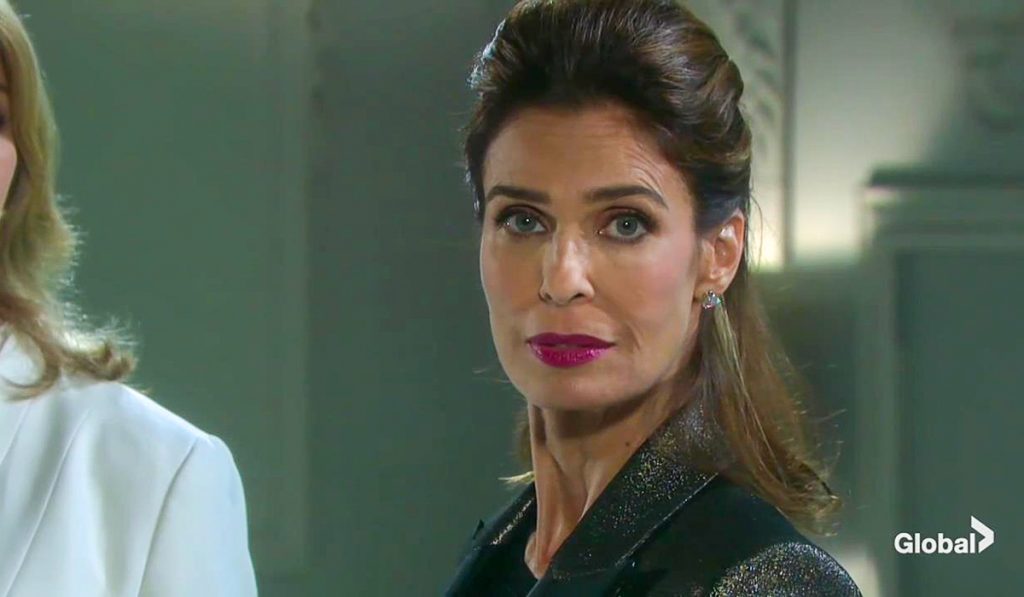 Days of Our Lives Spoilers – Princess Gina to be Different

DOOL spoilers tease that long-time fans will see parts of Princess Gina that are familiar. However, don’t expect a carbon copy of the original character. This time around, she will be different. Although the differences weren’t explained in detail, Kristian Alfonso did give a hint. The actress mentioned that the character would be pushed to the brink. Expect Princess Gina to do certain things that the original character would never do.

Although it will be a different Princess Gina, some things will remain the same. That is what motivated her. As long-time fans may remember, her driving force was passion, which included her love for John Black (Drake Hogestyn).

Even though she was intrigued by the new storyline, Alfonso did have some concerns. The actress last portrayed Princess Gina in 2001. She needed to remember the character’s nuances and all those little things that make an individual unique.

She also wanted to be sure to do the character justice. However, there is something missing from this storyline. It is Stefano DiMera, who was a large part of Princess Gina’s scenes in the past.

Days of Our Lives spoilers indicate that it will be different to not have Stefano around during Princess Gina’s return. The two were always together and even Kristian commented on it being strange doing this story without the legendary Joseph Mascolo.

“How could I play Princess Gina without Joseph Mascolo? We had such great fun together. I learned so much from him. And it was such an incredible story. How do you come back to that missing one of the icons of the show, which is Joseph Mascolo? That huge presence and that great friendship they had.”

Days Of Our Lives Spoilers: Kayla Files For Divorce! Will Steve Arrive Before She Can Go Through With It? @celebratesoaps #yr #youngandrestlesshttps://t.co/DIfV9UmGBp

DOOL spoilers tease that right now, Princess Gina is fighting to resurface. Hope is living her normal life one minute, then dealing with mysterious symptoms the next. The detective wonders if she is losing her mind. However, that is not what is going on. In the upcoming week, expect Dr. Rolf to give Hope a gift. It is a tiara and once she puts it in her hands, the transformation will be complete.

Princess Gina has new life and is reborn. She is desperate to hold on to that, especially since John is in Salem. However, with her new breath of life, there is also sadness. Love, loneliness and loss will be a huge part of Princess Gina’s story.