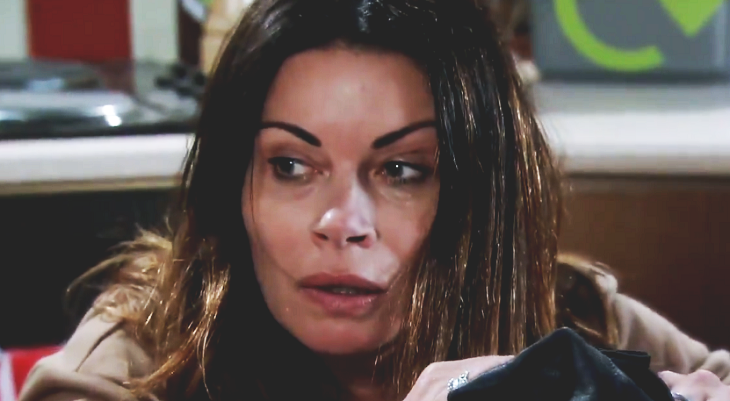 Coronation Street spoilers for Friday, May 31 indicate that Carla Connor (Alison King) and the state of her mental health is getting worse.

As a matter of fact, this episode will follow the former Underworld boss as she suffers from a severe psychotic episode. A few elements will follow Carla’s point of view. Here’s what you need to know.

Carla has not been taking her medicine, which means her paranoia is getting out of hand. She is convinced that everyone is out there trying to get her. She’s also desperate to escape the apartment that she’s been put in. Gary Windass (Mikey North) finds her on the street. She has a stash of cell phones in her hands.

Carla then sees a woman in a red coat and is convinced that someone is following her. She thinks it’s Haley. Having realized that she is missing, all of her loved ones, including Peter Barlow (Chris Gascoyne) have phoned emergency services in hopes that they can find her before it’s too late.

TONIGHT at 9PM
This heartbreaking instalment of Coronation Street follows Carla as she suffers a severe psychotic episode.

However, Carla spots a woman going up on Victoria Street. She’s going up the fire escape and Carla decides to follow her. Peter wants to rescue her and follows up the stairs as well. Carla finally stops and realizing that she is hallucinating.

She then starts talking to multiple people from her past until she realizes that it’s all in her head. Peter is clearly worried that he might not be able to help the woman that he desperately loves.

Elsewhere, the Platt family have returned to Weatherfield and they have some explaining to do. Nick Tilsley (Ben Price) admits that he stole Audrey Roberts’ (Sue Nicholls) inheritance money under the orders of David Platt (Jack P. Shepard).

Later on, Nick will offer David a deal that he can’t refuse. He will take the blame for the stolen money and he will also sign over his half of the barber shop. He wants to give it to Audrey as a way of saying he’s sorry for what he’s done. David is left shocked over Nick’s sudden moves and vows to get his revenge on him.

In the meantime, keep up with Soap Opera Spy for all the latest news and updates on all of your favorite daytime television shows right here.