Days Of Our Lives Character Flashback: Just Who Is Jack Devereaux? 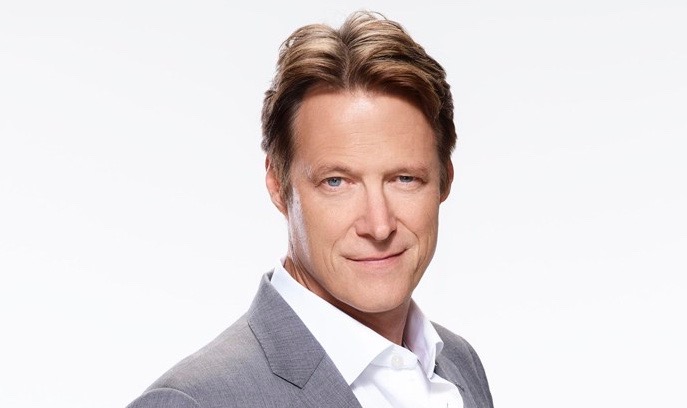 Days of our Lives fans were recently pleasantly surprised to see Jack Devereaux (Matthew Ashford) return from the dead for the second time if you count the Salem Stalker story! Fans will recall that late last year at Dr. Rolf’s (Will Utay) clinic in Nashville – where Nicole (Arianne Zucker) supposedly perished, the initials JD was written on one of the doors. Fan speculation started right away that one of Salem’s most popular residents could be on his way back. It was also a spoiler on a few sites when it was leaked that Matthew Ashford was on the NBC Burbank set.

After six years, Jack reappeared on New Year’s Eve 2018 with Eve Donovan (Kassie Depaiva.) He has no memory of his life in Salem and Eve is taking advantage of his fragile and confused state. Jack Devereaux’s history is a very long and complicated one, which would require a novel to share it all! I am going to share a few highlights that will help you better know who Jack is.

Jack as played by Matthew Ashford, originally came to town in 1987. He got in between Patch (Stephen Nichols) and Kayla (Mary Beth Evans) as originally a villain. He raped Kayla when she had an affair with Patch / Steve. Kayla reminded him of the rape recently on the show, which surprised Jack as he has no memories. 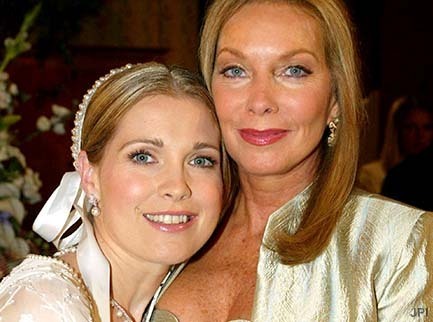 One of the biggest moves that Jack made is he bought the Spectator newspaper which his wife Jennifer (Melissa Reeves) now owns. Jack was a reporter and Jennifer was a college intern. They soon fell madly in love. They are recognized as one of the biggest Supercouples in daytime. Jack’s previous violent behavior was kind of tossed to the side and his personality as a jokester/prankster became the norm.

After a convoluted set of events where Jack married Eve so she could receive a fortune of money, they eventually divorced. Eve now uses that marriage from 20 years ago to manipulate Jack today. Jennifer finally realized her love for Jack and they married in a Wild West Show at Universal Studios – yes that really happened!

Jacks first disappearance from Salem is when Jennifer found out she was pregnant with Abby (Kate Mansi). Abby turned out to be sick due to a contaminated water occurrence that Jack did not properly report. He left town not to be seen again until he showed up in a place called the Meadows. One of the biggest stories of the 90s is when Jack had an affair with Laura Horton (Jamie Lynn Bauer) who he did not realize was Jennifer’s mother. She was a patient at the Meadows after a long psychiatric hold. Long story. 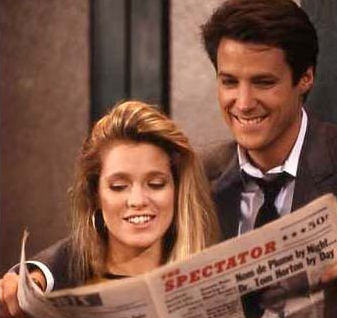 Now we jump up to 2003 after a few years of ups and downs in Jennifer and Jack’s tumultuous relationship. As mentioned earlier, Jack was “killed” by the Salem Stalker (Deidre Hall) when he was hit by a brick in the head. Jennifer was devastated but eventually learned he was alive. He headed back to Salem only to leave again for a story. He ended up captured in Afghanistan while working on a report, but did escape and returned yet again to Salem in 2011.

We saw earlier this year some flashbacks to when Jack died in the elevator crash. After a series of explosions that put multiple characters in jeopardy, Abigail became trapped in said elevator. Jack reached in to save her but he was the one who fell down the shaft to his death. Jennifer moved on several times and battled with Eve over the past few years. Now flash forward to six years and Jack has no memories. Hopefully, there is a secret serum that will help him get his memories back.

I’m excited to see what happens next with Jack Devereaux and how Eve Donovan may continue to manipulate him. Will Jennifer and Jack ever reunite?

Personal Note: Can we please keep Jack (Matthew Ashford) in Salem forever and not kill him again?! He’s a legacy character and adds the humor the show needs.