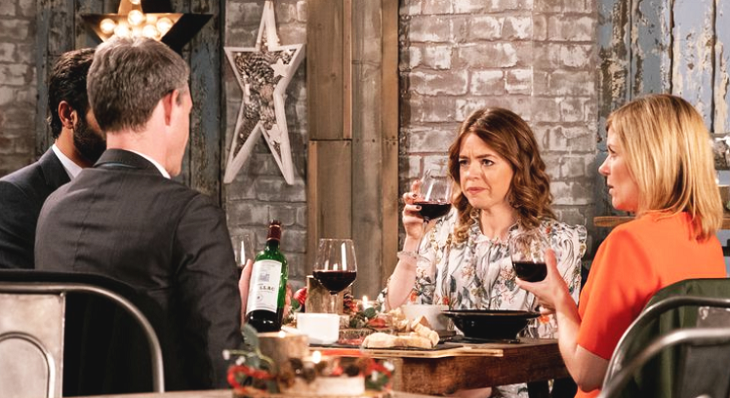 Coronation Street spoilers for Tuesday, May 14th indicate that Toyah Battersby (Georgia Taylor) will continue to have a reason to investigate Nick Tilsley (Ben Price) and his secrets. That’s because he is one of six official suspects in the Underwold roof collapse.

He has managed to hide under the radar simply because everyone has been pointing their finger at Carla Connor (Alison King) for the tragic accident that has left one person dead. Here’s what you need to know.

Nick has been able to evade any scrutiny up until now, and that’s because Toyah will soon be taking matters into her own hands.

Coronation Street Spoilers – Nick Tilsley Will Be Quite Upset

She is going to quiz Rick Neelan (Coronation Street) about Nick, as she has a feeling that he knows more than what he’s letting on.

If that weren’t enough, Nick will be left quite upset when Leanne will take pity on Toyah and invites her to move back in. This will lead to some major fireworks between them.

And while Nick is making it pretty clear that he doesn’t trust her one bit, Toyah will have every reason to investigate him and what he did the night of the Underworld roof collapse.

The police will even be getting involved as they will put on a spotlight on Nick’s finances and why there were large payments of money paid to the Underworld accounts.

Coronation Street Spoilers – Major Heartbreak Is On The Way

Elsewhere, Coronation Street spoilers indicate that there’s major heartbreak on the way for two Weatherfield residents. That’s because there’s a strong possibility that David Platt (Jack P Shepherd) and Shona Ramsey (Julia Goulding) might be headed towards splitsville before they get married. This is after Shona finds out that David shared a kiss with Natalie Watkins (Cassie Bradley).

One of the reasons why David kissed Natalie was to silence her in order to keep her quiet about Nick and his mischievous ways.

Interview: Roy has always struggled when it comes to understanding other people but can his relationship with Carla be the key to getting her the help she needs?

David Neilson reflects on 24 years with Mr Cropper and hints at what's to come. 👉 https://t.co/XvbUcXZpqZ#Corrie pic.twitter.com/6HYT53NPKw

However, what David doesn’t know is that Natalie is actually developing feelings for him, which is surely going to complicate matters between him and Shona.

Of course, fans will have to tune in to find out what will happen next. Coronation Street airs on the ITV network.