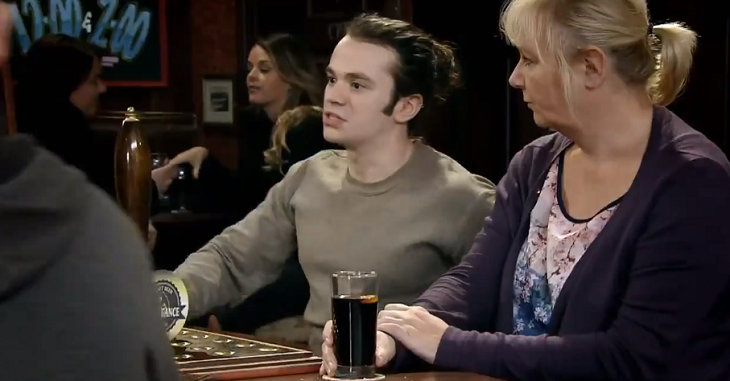 Coronation Street spoilers tease that Seb Franklin (Harry Visinoni) might be behind the devastating Underworld roof collapse that has already claimed one life. Apparently, the collapse was no accident as one person will be responsible for what happened. Here’s what you need to know.

Many fans have reason to believe that it was Seb who tried to destroy Underworld. That’s because he recently had a heated confrontation with Gary Windass (Mikey North). The young lad felt as though he was getting the wrong end of the stick in a deal.

What’s more, there’s also speculation that Gary’s girlfriend Sarah Platt (Tina O’Brien) was also trying to get up close and personal with Seb, too.

Tensions have been very high, especially after Seb lost his job. To add insult to injury, Gary appeared to have replaced him after he got sacked. Now viewers believe there’s a strong possibility that Seb was trying to take matters into his own hands by seeking revenge on the company.

He might have tampered with the building work being done by Gary on the factory, although that hasn’t been confirmed yet.

However, Seb isn’t the only person that is a suspect. There are quite a few more names being tossed around at the moment. They include Carla Connor (Alison King), Robert Preston (Tristan Gemmill), Peter Barlow (Chris Gascoyne), Nick Tilsley (Ben Price). If that weren’t enough, Gary is also on the list of suspects, too.

Coronation Street Spoilers – Who Is Behind The Underworld Roof Collapse?

Sooner or later Corrie fans will find out who is behind one of the most tragic accidents to have ever happened in the city of Weatherfield. Of course, fans will have to tune in to find out what will happen next! Coronation Street airs weeknights on the ITV network.

Check your local listings for times. In the meantime, drop us a line with your thoughts in our comments section below. Who do you think is responsible for the underworld roof collapse?

And as always, come back to Soap Opera Spy for all the latest news, updates and spoilers on Coronation Street and all of your favorite British and daytime television shows right here!