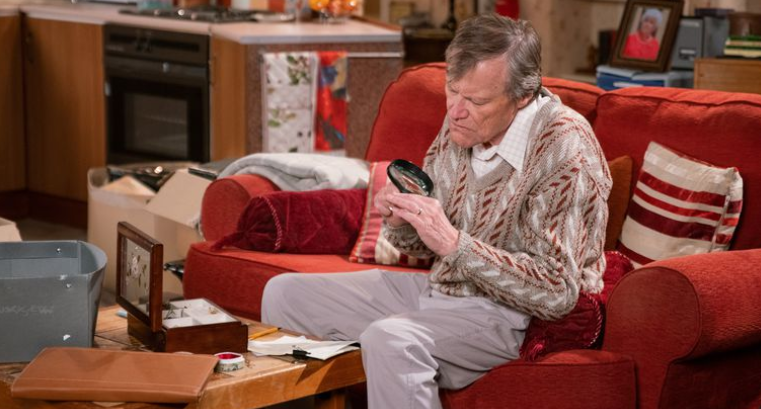 Coronation Street spoilers indicate that Roy Cropper (David Neilson) could be hiding a very interesting secret in the coming week.

As a matter of fact, writers for the hit ITV show have decided to revisit the mystery of Sylvia Goodwin’s ring following Roy’s recent return to Weatherfield. Here’s what you need to know.

According to reports, viewers are going to be seeing more of Roy’s family backstory as he learns about the ring he inherited from his late mother. But what makes this very interesting is that there is an unexplained inscription that reads: “R.P. 01.03.59 Rhea.”

So, what could this possibly mean? That’s what fans want to know. Roy had previously asked for Brian Packham (Peter Gunn)and Wayne Hayes (Adam Barlow) to help him solve the mystery. They even headed to Portsmouth in hopes of getting more answers.

Yet, Coronation Street spoilers tease that Roy’s attitude will soon change. When Brian gets a chance to talk to Roy about his trip, the café owner will find his attitude rather evasive.

Something must have happened for Roy to suddenly not want to express any more interest in finding out the message behind his mother’s ring. And for a lot of his friends, they find his sudden shift in behavior quite strange.

If that weren’t enough, Roy is also going to be unhappy when Brian tells him that he’s been doing some research of his own. Brian is so knee-deep in his detective work that he will have Wayne return home to Weatherfield to help solve the case with him.

Both men will try to meet up with Roy to talk about it, but unfortunately Roy is going to brush them off. And now even Wayne is concerned about Roy’s moodiness. Apparently, he made a discovery in Portsmouth that he’s not willing to share with anyone.

Whose lies will come back to haunt them in a week of unmissable episodes?

It’s bothering everyone so much that they will make it their new mission to have him open up. Of course, it won’t be easy. Fans will simply have to tune in to find out what will happen next!