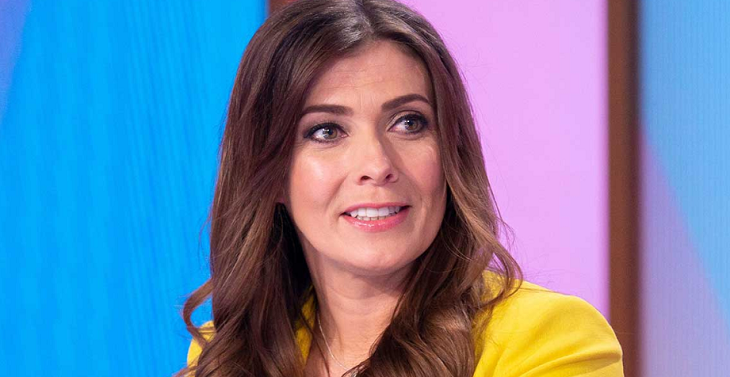 Should the royals celebrate each and every family milestone with the public? According to this Coronation Street star, the answer is no.

As a matter of fact, actress Kym Marsh, who is best known for her role as Michelle Connor on the hit ITV soap, is one of few celebrities who have spoken out in defense of Prince Harry and Meghan Markle,  after they decided to keep the details surrounding their son Archie Harrison’s christening private. Here’s what she has to say.

According to Express.co.uk, Marsh says that the Duke and Duchess of Sussex aren’t obligated to share every little detail of their son Archie Harrison’s life with fans.

Harry and Meghan have made it pretty clear that even though they are members of the British monarchy, they prefer to raise their son out of the spotlight and as a private citizen instead.

Marsh took to her weekly column in OK! Magazine to defend the Sussexes and the decision they made to protect their son.

“The Duke and Duchess of Sussex chose to keep their son Archie’s christening a private occasion,” she wrote. “They haven’t shared much of him with the public, which is of course their choice. But I hope we get to see more of him as he is a royal baby after all!”

Unfortunately, not everyone in the British media have been as supportive towards Harry and Meghan as Kym has been. Television personality and host Piers Morgan accused the couple of playing mind games after the couple refused to reveal the names of Archie’s godparents.

This morning, The Duke and Duchess of Sussex’s son, Archie Harrison Mountbatten-Windsor was christened in the Private Chapel at Windsor Castle at an intimate service officiated by the Archbishop of Canterbury, Justin Welby. The Duke and Duchess of Sussex are so happy to share the joy of this day with members of the public who have been incredibly supportive since the birth of their son. They thank you for your kindness in welcoming their first born and celebrating this special moment. Their Royal Highnesses feel fortunate to have enjoyed this day with family and the godparents of Archie. Their son, Archie, was baptised wearing the handmade replica of the royal christening gown which has been worn by royal infants for the last 11 years. The original Royal Christening Robe, made of fine Honiton lace lined with white satin, was commissioned by Queen Victoria in 1841 and first worn by her eldest daughter. It was subsequently worn for generations of Royal christenings, including The Queen, her children and her grandchildren until 2004, when The Queen commissioned this handmade replica, in order for the fragile historic outfit to be preserved, and for the tradition to continue. Photo credit: Chris Allerton ©️SussexRoyal

So far Prince Harry and Meghan Markle haven’t made any comments about the criticism, although at this point it’s doubtful that anything will be said. The Duke and Duchess of Sussex have made it pretty clear that while they are committed to their charity work and royal engagements, they simply want to keep their private life private.

Bold And The Beautiful Comings And Goings: Joe Cicero Returns As Vincent