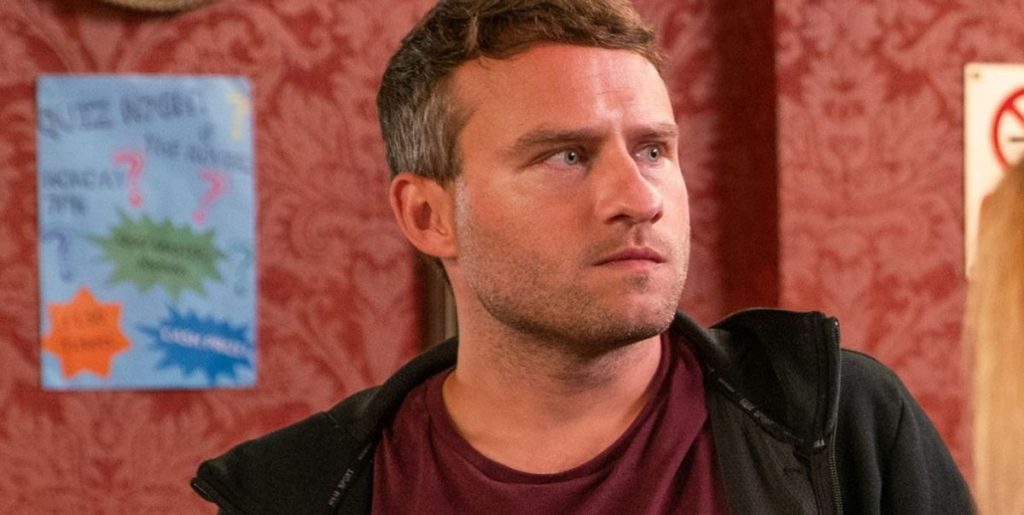 Coronation Street spoilers reveal that Paul Foreman’s (Peter Ash) family discovers Kel Hinchley’s (Joseph Agassi) secret. They are shocked and horrified by the revelation. They urge Paul to report his abuser to the authorities, but he feels it would do more harm than good. It is suggested that his loved ones could dole out justice themselves.

Paul was not a well-liked character in the past. However, the sexual abuse storyline has shed light on the man. Viewers are beginning to understand the reason for his behavior. This was confirmed recently when it was stated that after Kel victimized Paul, the boy had a drastic personality change.

Not only did Kel abuse Paul, but he groomed him as well. Part of his wickedness was convincing Paul that the act was consensual, when it was not. Not only was the youngster assaulted and manipulated, but it led to him being confused and angry, but not really understanding why.

Now that he is older, he is beginning to realize the truth of what Kel did to him. However, he can’t bring himself to tell his family what is really going on.

Coronation Street spoilers confirm that Paul was not Kel’s first victim, and he wouldn’t be his last. Everything comes out into the open when Bernie Winter (Jane Hazelgrove) and Gemma Winter (Dolly-Rose Campbell) find the evidence while looking for something else, an item that is completely unrelated to Paul’s trauma.

According to Metro, Bernie and Winter sneak into Kel’s loft to search for Billy Mayhew’s (Daniel Brocklebank) diary. When it first went missing, Bernie was accused of stealing it as she had just started a job cleaning at that location. This led to Gemma giving her mother an ultimatum – then promptly throwing her out of the house.

However, it was later revealed that one other person had access to it — Kel Hinchley. So, Gemma had to take a few steps back and apologize to Bernie. This is what prompts the Winter ladies to search Kel’s residence for the diary. While cross-checking on his computer, the women end up making a horrifying discovery. Tons of photos of young boys – Kel’s sexual abuse victims – and one of them just happens to be Paul Foreman.

Paul is asked about the photo, which basically forces him to open up about his traumatic childhood. Bernie and Gemma are devastated, not just for Paul, but thinking about all those other young boys. Gemma suggests they go straight to the police. However, Paul doesn’t want to do it because he has no interest in dragging the past to the present.

It is speculated that Bernie decides to take things in her own hands. She won’t let Kel get away with what he did to Paul. Determined to make him pay, will she use deceit to lure Kel to what will become a crime scene? Or will the distraught mother be stopped before she takes another human being’s life? Fans will have to keep watching the television series to find out.