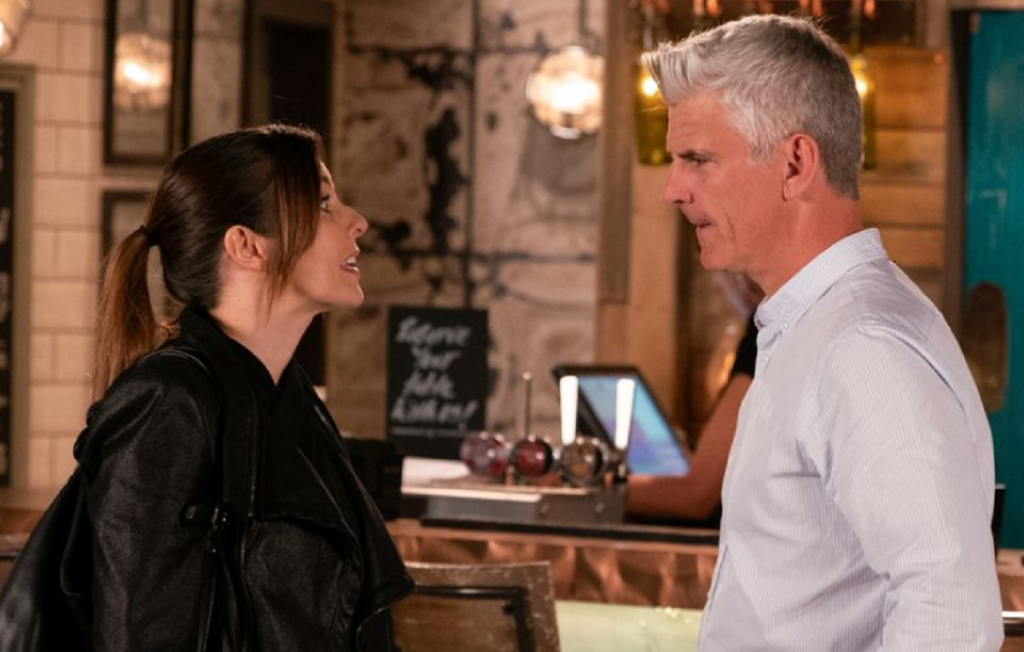 Coronation Street spoilers tease that Michelle Connor (Kym Marsh) might finally be picking up on the fact that her partner Robert Preston (Tristan Gemmill) is a two-timing schemer who has been cheating on her with Vicky Jeffries (Kerri Quinn).

As a matter of fact, Michelle is finally seeing through Robert’s web of lies, which seem to be getting more tangled by the day. Here’s what you need to know.

Throughout the entire summer Michelle had no idea that Robert has been juggling two relationships at the same time – one with her and one with his other girlfriend, Vicky, who just happens to be pregnant with his baby.

However, it wasn’t until Michelle noticed that some money was missing that she started to suspect that something was not right. At first she assumed that Robert was back to his old gambling ways but he says that he used the missing money to buy a new ring.

Even though all the signs are there, Michelle is still giving Robert the benefit of the doubt and according to actress Kym Marsh, it’s for a good reason.

That’s because her character would never do something like this to another person that she loves. Kym told Digital Spy in an interview, “She’s not done many things in her life that are dishonest, unless it’s to protect her family.”

With that said, Michelle won’t be too pleased when the cat finally comes out of the bag and she learns the truth about Robert’s cheating ways. In fact, it’s only a matter of time before Robert slips up.

“She would never forgive Robert for that in a million years,” Marsh added. “She’s been there with Steve and she wouldn’t put up with it again, Robert would be a goner.”

Jed turns up at the Bistro and makes it clear he is willing to tell Michelle everything.

When she turns up just as the men are facing off, how will Robert get out of this one?#Corrie pic.twitter.com/eN2Th1PIZp

And while Michelle will have no problems pulling the plug on their relationship, Vicky might have a much harder time, seeing how she and Robert are about to become parents, or perhaps co-parents if she ends up dumping him, too. Fans will have to tune in for all of the action!